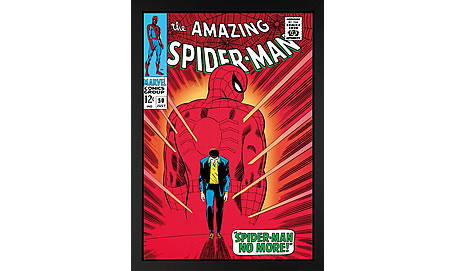 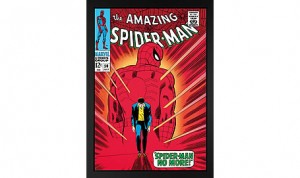 into individual pieces of art.

edition collection of art entitled ‘Superheroes’ by Wall to Wall, located on the ground floor of the

The Avengers, The Silver Surfer and The Incredible Hulk. Created using specialised techniques and

materials, the striking artwork reflects the vivid and powerful legacy of Marvel.

comic book artists, including The Incredible Hulk Special #1, which TV presenter and well-known

Marvel lover, Jonathan Ross, believes is the greatest comic book cover of all time, created by the

Jen Spencer, manager at Wall to Wall, said: “This collection showcases some of the most iconic

comic book covers ever to have been created, featuring some of the most renowned characters ever

to have been developed. The artwork itself is not only incredibly striking – the intense colours, the

each cover communicates a wonderful narrative.”

“What Stan Lee and his artists achieved here was to tell a story in just one image. The

communicative style of this kind of art tells us about humanity, the struggles, the triumphs, the

trials, the tribulations and that, is something everyone can identify with.“

As editor at Marvel from 1941, Stan Lee led the expansion of the company from a small division in a

publishing house to a large multimedia corporation, dubbed The Marvel Revolution, making it the

most popular and collected comic brand in the world.

Commenting on creating the iconic superheroes, Stan Lee said: “To start I think about what quality I

can give the hero that makes them unique, that hasn’t been seen before, but is still logical. And then,

I think about how I can make people care about the superhero. Coming up with the super power is

almost easy, making a reader think ‘why do I want to read more about this guy?’ that’s the hard part.

“Spiderman is the perfect example of this. He’s a teenager with money problems and girl problems;

a hero the average reader can empathise with. I spent more time on Spiderman’s personal life than

the action and used more ‘thought balloons’ for him than any other character.

thinking ‘what we can do next?’ The new characters we created – The Hulk, Spider-Man, X Men –

changed Marvel and attracted the fan base. I’m lucky to have been – and still be – a part of that and

I enjoy every minute.”

located on the ground floor of the Metquarter, 35 Whitechapel. Comprising six prints, The Amazing