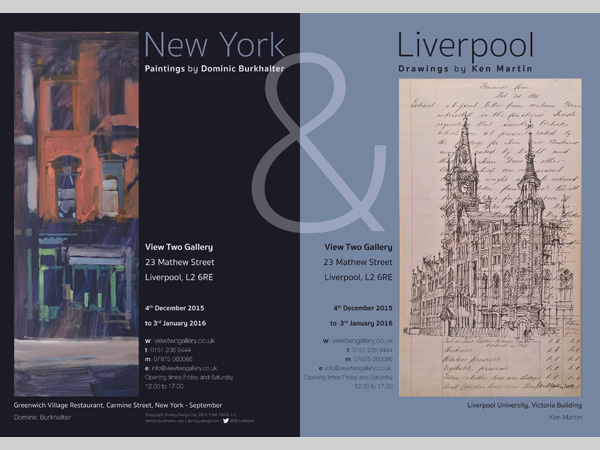 These series of New York paintings were based on a visit to the city September 2015.

The architecture in New York has inspired many artists, it’s a city with very warm autumn sunshine that gives the viewer a huge range of colours in the strong light and dark shadows.

I find New York the most European of US cities, and I have been lucky enough to have visited the city five times over the years. The first time was the same week that the Woody Allen film ‘Manhattan’ was released and myself and my brother were visiting as part of a Greyhound bus tour around America, it was a great film and I still remember walking out the cinema in Manhattan at the end of the film to see all the scenes from the film around us. The city and the film had a great effect on me, and probably even more on my brother who now lives there!

The paintings were painted September and October 2015.

Dom’s painting influences include both his parents and tutors at Art School that were Keith Mickelwright at the Bournemouth College of Art and Patrick George and Euan Uglow at the Slade School of Art in the 1980s.

The English tradition of landscape of painting of Turner to Patrick George has held the strongest technical influence over Dom’s work, with the English and Swiss mixture of understated and accurate drawing holding the greatest sway.

Growing up in the Dorset countryside in the 1970s can but not have had a strong influence, that and the novels of Thomas Hardy seep in to the unconscious and are there for good like it or not!….with the local town being Lyme Regis in the 1970s Dom worked for John Fowels the author in the local museum and was there to see the filming of the French Lieutenants Woman along the Cobb. Film is another great love and influence on Dom’s work.

Dom’s father was a Swiss tour guide who had the travel bug which was passed on to him. He has travelled widely and the landscapes painted will reflect his favourite parts of the world.

For twenty-five years Dom has worked in the digital area for companies such as the BBC and News International, from the early days of a web sites and CD-ROMs to the current world of apps and mobile technology. He’s now returning to the world of painting and giving the world of Photoshop and project plans a break.

Dominic has three children and now lives with his partner Claire in Liverpool, England. 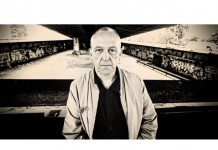