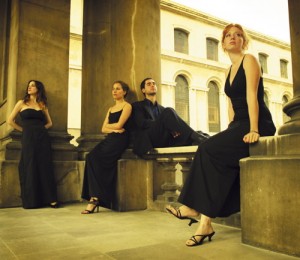 The University of Liverpool’s Department of Music has established a 10-day music festival that showcases local and guest artists from the world of contemporary music.

Other artists who will take part in the festival include the Elysian String Quartet, Markus Poppand Bristol-based electronic producer, Vessel, who will play alongside Immix Ensemble, one of the UK’s most exciting new music groups

Immix Ensemble focus on collaborations with innovative musical voices from across Liverpool and the North West. In addition, the festival also features a concert of ‘acousmatic’ electronic music, a workshop of young composers’ music with Ensemble 10/10 and a screening of audio-visual works by various artists from Liverpool and beyond.

6pm   Markus Popp discusses his work in pioneering “glitch”, “clicks & cuts” and “minimal” music. The characteristic tension of strict formalism and subtle, organic melodies has made his haunting “music 2.0” unmistakable from the beginning.