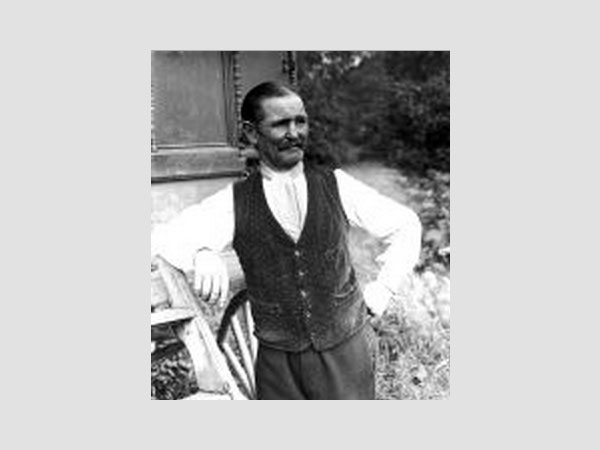 Frederick James Shaw’s fascination with gypsy life and culture began as a small child when he accompanied his nursemaid on visits. In his childhood he learnt much of their language and quickly became fluent in several Romani dialects.

Shaw worked as a printer, but his spare time was taken up with photography. Some of his photographs were reproduced in the journal of the Gypsy Lore Society, of which he was a member. He clearly had a fascination and respect for the people he met. His photographs show a real trust and connection between Shaw and his subjects which combined with his skill is what makes them so captivating.

His photographs do not romanticise their life, nor does Shaw approach them as an ethnographer, but as a portraitist. He said that ‘the best and truest Romano Rai is the man who likes to be with Gypsies for their own sake and is not everlastingly questioning them about their ancestry and their customs’.

Shaw’s collection was presented by his wife Helen to the Gypsy Lore Society Archive which is deposited with University of Liverpool’s Special Collections & Archives, the collection is listed here.

There will also be a display of contemporary photography by Helen Sear as part of LOOK/15 on the Red Wall.

VGM: John Garstang and the Discovery of the Hittite World