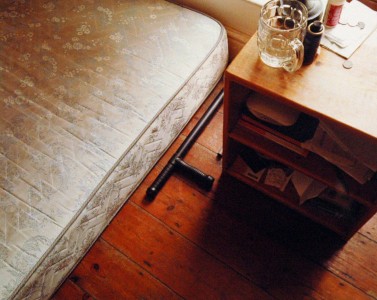 All that it was all that it is – Images by Andrew Jackson
“Cape Town is a city that remains at war with itself.  It is a war that exists through the silences and in the cracks that allow complete histories and realities to slip through…..it is a city that lives the violence and genocide that has been its history…a city that continues to be shredded by the complexities of division and violence.  The violence of the city, of its extremes of wealth and poverty and the irreconcilable realities that exist inside of these extremes, mark everyone each day in ways that are not always clear, conscious or visible.”
Yazir Henri & Heidi Grunebaum, Direct Action Centre for Peace and Memory

‘All That It Was …All That It Is…’ examines the urban identity of contemporary Cape Town. The images are his attempts to examine the ways in which people are marked by the fragmented and transitory spaces of Cape Town and his attempt to make conscious and visible the traces of a city’s irreconcilable realities. It is a work that observes the inherent paradoxes found within the collisions, transactions and dislocations of the common place and the everyday that seeks to focus on the silences and cracks of a city caught between the legacy of its past, and the anxiety of an unknown future.

Under the Gods – Images by Elizabeth Hingley
“I grew up as the daughter of two Anglican priests in Birmingham, one of the UK’s most culturally diverse cities, where people from over 90 different nationalities live. I was the only white child in my nursery class, I ate Indian treats at friends’ birthday parties and attended Sikh festivals in the local park. After living in various cities I became aware of the particularity of my upbringing and developed an interest in multi-faith communities.” Liz Hingley

Hingley lived with and visited the different religious communities, including Thai, Sri Lankan and Vietnamese Buddhists, Rastafarians, the Jesus Army evangelical Christians, Sikhs, Catholic nuns and Hare Krishnas. Under Gods is an investigation into what the people on the street believe their religion to be, rather than what is prescribed by religious leaders or by the texts. At a time when religion can breed unnecessary fear and prejudice through misunderstanding, this story is an attempt to to reveal what it can bring to everyday, inner-city life. 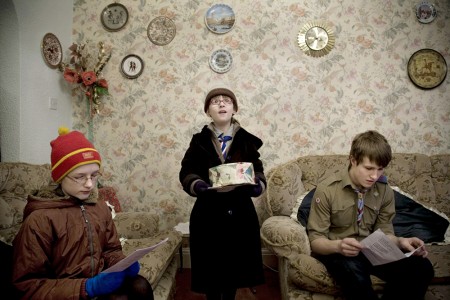 VGM: The Hittites are Coming