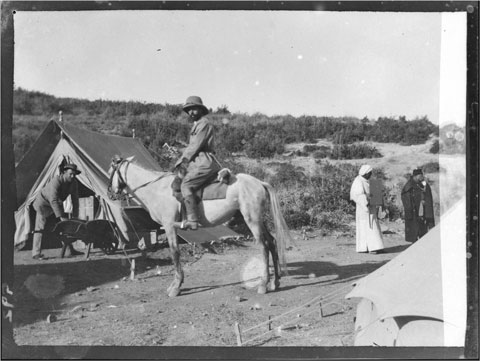 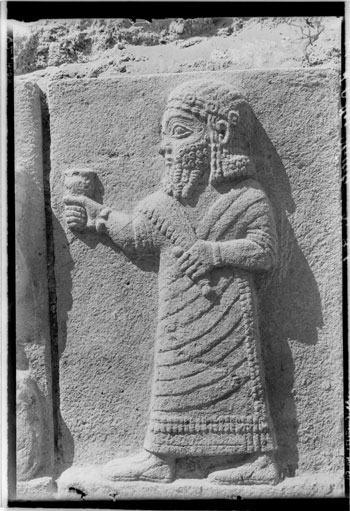 THE LOST WORLD OF THE HITTITE EMPIRE RECREATED AT THE VICTORIA GALLERY & MUSEUM, LIVERPOOL

An exhibition that showcases the archaeological discoveries of the Hittite Empire more than 100 years ago by the Liverpool archaeologist, Professor John Garstang, will open at the Victoria Gallery & Museum on 28 May 2011 and run until 2013.

`John Garstang and the Discovery of the Hittite World’ will display original artefacts excavated by the Liverpool archaeologist during his excavations and travels in Turkey at the turn of the last century.  John Garstang,  the first Professor of Archaeology at the University of Liverpool from 1907 to 1941, was responsible for re-discovering the virtually forgotten ancient Hittite civilisation when he was excavating in south east Turkey between 1908 and 1911.

The Hittites were an important ancient people who lived in the region which is now modern Turkey and Northern Syria. The Hittite empire was the chief power and cultural force in Western Asia and flourished from 1600 to 1200 B.C.  The Hittites are named in the Bible as a great military force, but are best known for having fought the world’s largest chariot battle with the Egyptians after which they signed the world’s first ever peace treaty.  The Hittites are thought to have been the first civilisation to smelt iron and were experts at crafting weapons.

Leonie Sedman, curator of the exhibition, said: “This exhibition showcases the pioneering work of Liverpool archaeologist, John Garstang. It will give visitors an insight into his discoveries, the importance of the Hittite civilisation and a taste of what life would have been like on an archaeological excavation in Turkey in the early 1900s.”

Dr Alan Greaves, from the School of Archaeology, Classics and Egyptology, and project leader for the exhibition said: “Many great civilisations bloomed in the ancient Near East and there was a sophisticated culture of diplomacy between them. However, the Hittites had been almost completely forgotten until the work of John Garstang.”

Objects that will be on display include a bronze sword, horse bits and plaster casts of monumental Hittite sculptures from the University of Liverpool’s Garstang collection, the British Museum and National Museums Liverpool (NML). The items loaned from NML had been part of the original Hittite Gallery that was opened in 1931 at the Liverpool City Museum.  During the Blitz the Museum – and the Hittite Gallery – was badly damaged and all of the plaster casts were destroyed. Now, for the first time since the Second World War, the surviving items from the Lost Gallery will be displayed again alongside casts loaned from the British Museum

The exhibition will bring to life an archaeological dig 100 years ago within the Tate Hall Museum which will introduce visitors to the world of archaeology.  The `immersive experience’ is achieved with an

authentic furnished nomad’s tent (the archaeologist’s base camp) which visitors can enter and inspect archaeological plans and replica finds.  Original casts of ancient sculptures are displayed as they were found, in a mock-up of the original excavation accompanied by the sound of a desert excavation to enhance the atmosphere of being on a dig.

`John Garstang: The Discovery of the Hittite World’ opens to the public on 28, May 2011 and runs until 2013. Admission to all galleries and exhibitions at the VG&M is free and the building is open Tuesday – Saturday, 10am – 5pm.

Image 1 (top): One of the Hittite sculptures discovered by Professor Garstang in Turkey. A plaster cast of this sculpture was lost in the Blitz . Copyright Garstang Museum of Archaeology at the University of Liverpool

VGM: Views in the Himalayas

VGM: The Hittites are Coming