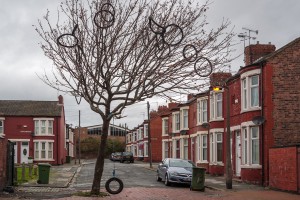 The Urban Forest is an ongoing series dealing with issues of “greening” the urban environment. Tree planting is often used in an attempt to improve neighbourhoods and road schemes, but this may put the trees at risk of damage from traffic and vandalism. Several of the photographs depict trees from an earlier phase of tree planting where this damage is apparent.

New trees require support and protection by physical means and, as saplings, the trees are caged and staked to protect them. Members of the local community are also encouraged to take ownership of the trees in their locality.

This series of photographs evolved out of a commission for The Mersey Forest, an organisation that since the early 1990s has been responsible for long-term tree planting programmes. The Mersey Forest are continuing phased tree planting projects across areas of Cheshire and Merseyside, planting trees in new areas and also renewing the existing stock, replacing trees that are badly damaged or dead. McCoy Wynne were commissioned to photograph areas of Birkenhead prior to a major tree planting scheme and then to return to photograph after new trees had been planted. McCoy Wynne extended the work to include other areas within the metropolitan county of Merseyside.

The photographs focus on the dichotomy of the trees apparent vulnerability and their tenacity in a busy cityscape. Immature, assailable and planted in hard landscape, the trees survive to create a sparse urban forest in contrast to the connotations of a natural forest with its implications of density, sylvan beauty and age.

The Urban Forest continues McCoy Wynne’s longstanding concerns with landscape and the depiction of environments within Merseyside.

McCoy Wynne is a collaborative partnership of photographers Stephen McCoy and Stephanie Wynne. They have a successful commercial photography practise, but also collaborate on personal projects. They have had their work exhibited and published widely.

They were finalists in The Liverpool Art Prize 2009, exhibited in LOOK 11 Photo Festival with “Bingo and Burial” and LOOK 13 Photo Festival with “Processing”. Most recently they had their project “Triangulation” an ongoing series to photograph all 314 Triangulation points in the UK, shown online at The Association of Photographers and published in The RPS Contemporary Journal. Their project “Gulls” was also recently shown at The University of Liverpool.

A book has been published to coincide with the exhibition and is available to view here. 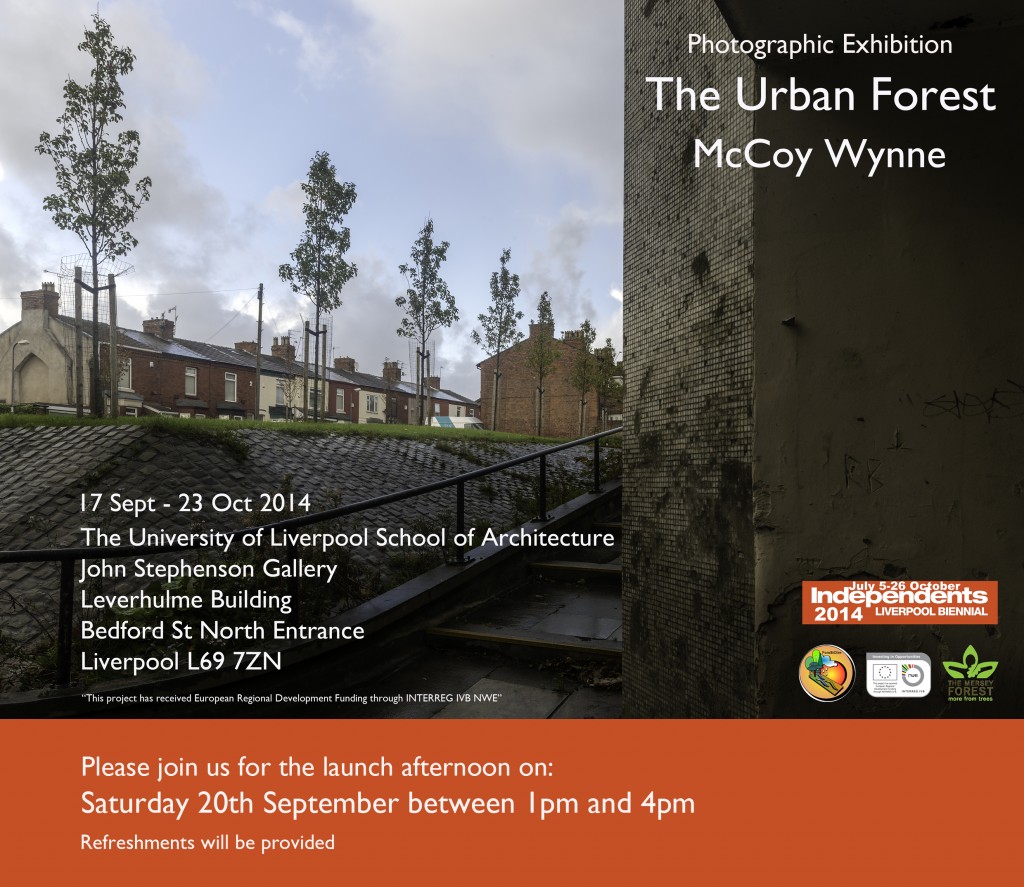