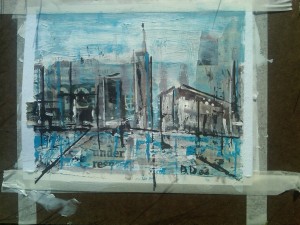 Daniel is from Bolton and much of the work is described as being influenced and directed towards: “Transatlantic British – American popular culture and where the two converge.”

Not a conventional route into painting Daniel has never been formally trained. Completely self taught, he has recently been offered a place in the prestigious Art Students League gallery. “My granddad was an oil painter and my other grandfather was an engineer in a Liverpool factory for 25 years, so growing up I watched them working in the garage.  I loved watching them paint and do carpentry and would always get in the way”.

The work also explores the working class routes of the construction workers at the turn of the century and industrial ties present today between the North West of England and East Coast America. Before pursuing art, Daneil moved to the US to play soccer, after playing internationally for England’s under 18′s.

Daniel uses large brushes, palette knives, credit cards and screwdrivers to get the desired effects on the canvas with layers of acrylic and oil paint. Architectural construction drawings enhance the depth and are used as background to the cityscapes. 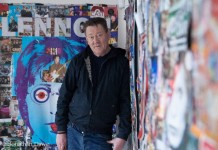 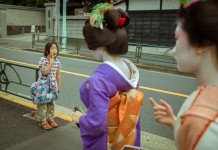 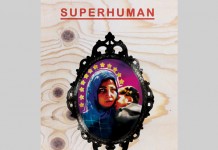 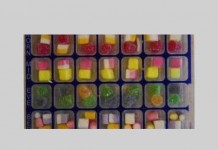