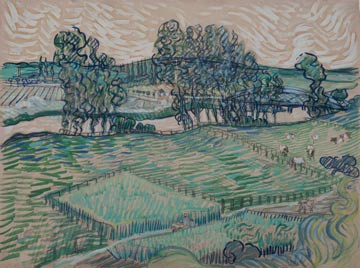 City of Radicals exhibition features work by van Gogh, Matisse, Gauguin and Signac and celebrates the pioneering exhibition The Sandon Studios Society exhibition of Modern Art including work by the Post-Impressionists, which ran at the Bluecoat (formerly known as the Liberty Buildings), Liverpool, from 4 March to 1 April 1911.

Inspired by Manet and the Post-Impressionists, the writer and artist Roger Fry’s controversial London exhibition of 1910, The Sandon Studios Society brought about 50 paintings and drawings from the show to Liverpool the following year. The society’s exhibition was the first time that such a large number of mainland European Post-Impressionist works were shown in the UK outside London and the first time anywhere alongside their British counterparts.

Art in Revolution: Liverpool 1911 evokes the visual impact of the 1911 exhibition with a mixture of works from the original show and those similar in style and period.

The exhibition also considers both the wider socio-political context of the 1911 exhibition and the art establishment’s reaction to it.

In the summer of 1911 Liverpool was gripped by mass social unrest and strike action which peaked in August, when British troops were dispatched to deal with protesters on the streets and a warship was stationed in the Mersey. The drastic actions of the then home secretary Winston Churchill, which resulted in violent clashes and a number of deaths, have led some historians to conclude that events in Liverpool during 1911 were the nearest the UK has come to a revolution.

Curator of European fine art Xanthe Brooke says: “Art in Revolution: Liverpool 1911 has a broad appeal, combining an exploration of the major strikes of 1911, which culminated in mass demonstrations within yards of the Walker Art Gallery, with an outspoken group of artists committed to questioning authority.

“The works by the European Post-Impressionists represent a momentous shift in the Western art world, which served to encourage radical British artists like those of The Sandon Studios Society to champion their work and try and emulate it. The inimitable style of Gauguin continues to fascinate audiences today but in the early 20th century it was a brave and startling sight. The Sandon Studios Society showed considerable foresight in bringing his work and others like him to wider public attention.”

Art in Revolution: Liverpool 1911 features archival material (photographs, film and ephemera) to illustrate this dramatic period in the city’s history and provide a backdrop to The Sandon Studios Society’s visionary exhibition.

For the Society, the 1911 exhibition was an opportunity to assert their own artistic values and distance themselves from the ‘art establishment’ and possibly even be the catalyst for an ‘art revolution’.

A section of Art in Revolution: Liverpool 1911 focuses on this radical group; their members and their beliefs. Featuring six of his works, there is a special focus on Albert Lipczinski, a German-born Polish emigrant who was taught by Augustus John at the Liverpool University Art Sheds around 1902. Lipczinski’s bohemian lifestyle and political connections make him an interesting member of the group and a reflection of their rebellious nature.

The exhibition also features British artists who the society admired and featured in their exhibition. Highlights include The Horseshoe Bend of the River by Philip Wilson Steer, Portrait of Sir John Brunner by Augustus John, John Lavery’s portrait of the Russian ballerina Anna Pavlova .The rest of the exhibition was composed of works by Sandon members, including  and several paintings and prints by James Hamilton Hay.

The relationship between the Walker Art Gallery (the ‘establishment’ of the time) and the society is explored. The gallery hosted the annual Liverpool Autumn Exhibition which set the standard for contemporary art and was often in conflict with the free-thinking society. However by 1911 there were signs of change at the gallery. The exhibition includes photographic prints from the Northern Photographic Exhibition, the Walker’s own 1911 exhibition. This relatively new media, which was derided by Gauguin was an interesting choice for such a supposedly traditional institution.

It also includes paintings acquired by the Gallery in 1911 such as the impressionist view of  St Paul’s from the River, Morning Sun by Le Sidaner.

Art in Revolution: Liverpool 1911 is part of the Liverpool and the World Exhibition Series, part-funded by the European Union. David Malpass, Director of European Programme at the Northwest Regional Development Agency, says: “Tourism is a major economic driver in the Northwest and it is important that we continue to promote the region as a leading tourist attraction, encouraging visitors from far and wide to visit our attractions. Liverpool is rich in culture and heritage, and this new exhibition is a real demonstration of what we have to offer.

“I’m delighted that ERDF has been able to support this exhibition and look forward to seeing the gallery come June.” 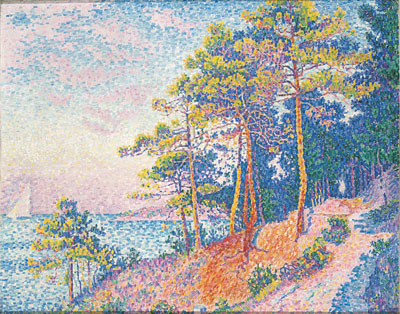 The Walker: Nicola Green in Conversation

The Walker: The Narrators