A vibrant new exhibition curated by artist Chris Stevens and organised by the Sainsbury Centre, brings together over 50 works celebrating the strength of British painting, with some of the best and most influential artists of the last 60 years. 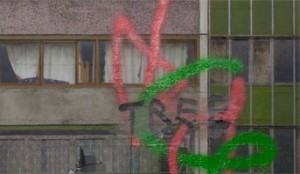 Uncompromising and direct, the work of each artist represented retains a strong reference to the real world, ‘the stuff of life’. While, some might argue, painting has been eclipsed in the media in recent decades by minimal and conceptual art, installation, photography and film, REALITY testifies to the survival of painting as a medium and reveals the impact of British painting today.

The artists tackle a diverse range of subjects, referencing the body, relationships, history, politics, war, the urban environment and social issues. Despite these different references, the works are all united by two things: the harsh realities that have concerned key British artists over the decades, and the simple act of painting.