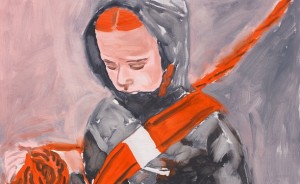 The John Moores Painting Prize is the UK’s best-known and longest-running painting competition. Named after its founder, Sir John Moores (1896 –1993), the competition was first held in 1957. The prize culminates in an exhibition held at the Walker Art Gallery from 5 July to 30 November 2014. Judges this year include artists Zeng Fanzhi, Chantal Joffe, Lynette Yiadom-Boakye and Tom Benson, along with director of artistic programmes at the Royal Academy and broadcaster Tim Marlow. The first prize, sponsored by David M Robinson, is £25,000. Four further prize-winners each receive £2,500. The shortlist is announced on 4 July and winner on 18 September.

The exhibition also celebrates the work produced by the winners of the John Moores Painting Prize China, which offers Chinese artists the opportunity to win a residency in Liverpool.

Open Eye: Not All Documents Are Records: Photographing Exhibitions As An...