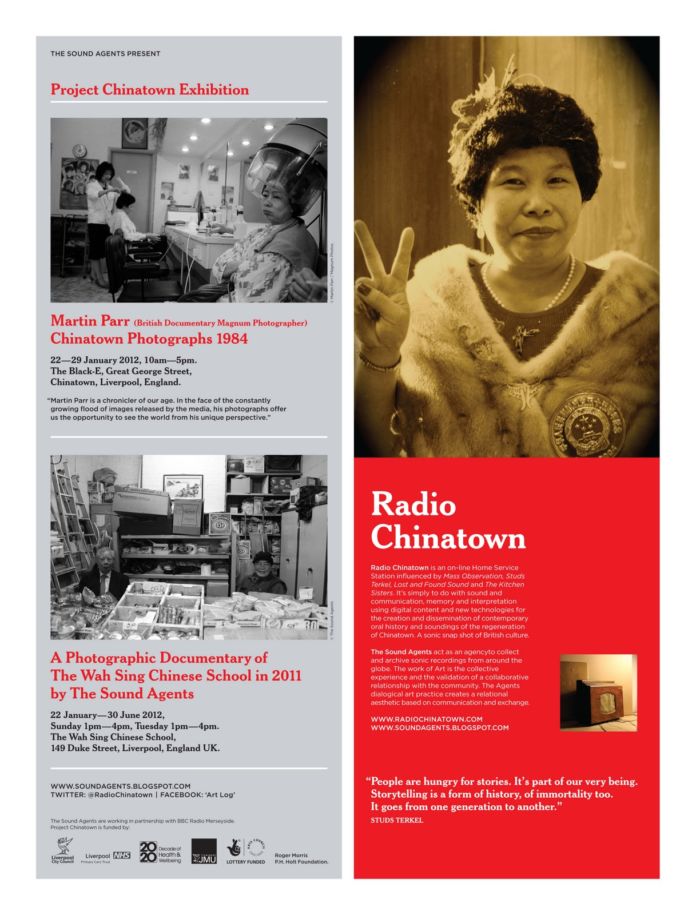 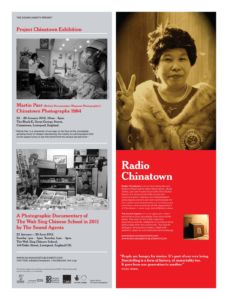 “Martin Parr is a chronicler of our age. In the face of the constantly growing ﬂood of images released by the media, his photographs offer us the opportunity to see the world from his unique perspective.”

Radio Chinatown is an on-line Home Service Station inﬂuenced by Mass Observation, Studs Terkel, Lost and Found Sound and The Kitchen Sisters. It’s simply to do with sound andcommunication, memory and interpretation using digital content and new technologies for the creation and dissemination of contemporary
oral history and soundings of the regeneration of Chinatown. A sonic snap shot of British culture.

The Sound Agents act as an agency to collect and archive sonic recordings from around the globe. The work of Art is the collective experience and the validation of a collaborative relationship with the community. The Agents
dialogical art practice creates a relationalaesthetic based on communication and exchange.