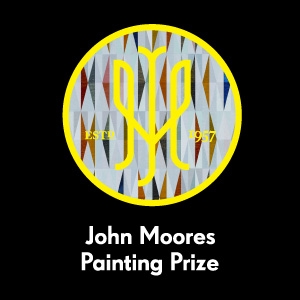 First held in 1957, the John Moores Painting Prize is the UK’s best-known painting competition and is named after
Sir John Moores (1896 – 1993), the founder of the prize. The competition culminates in an exhibition held at the Walker Art
Gallery every two years, which forms a key strand of the Liverpool Biennial.

The John Moores exhibition is held in partnership with the John Moores Liverpool Exhibition Trust, and although the appearance of each exhibition changes, the principles remain constant: to support artists and to bring to Liverpool the best contemporary painting from across the UK.

“[The John Moores Painting Prize is] the Oscar of the British painting world” – Sir Norman Rosenthal, curator and former exhibitions secretary at the Royal Academy.

“…catch up with innovative developments in a traditional medium” – Rachel Campbell-Johnston, The Times.

The Florrie: May Weekend Arts and Craft