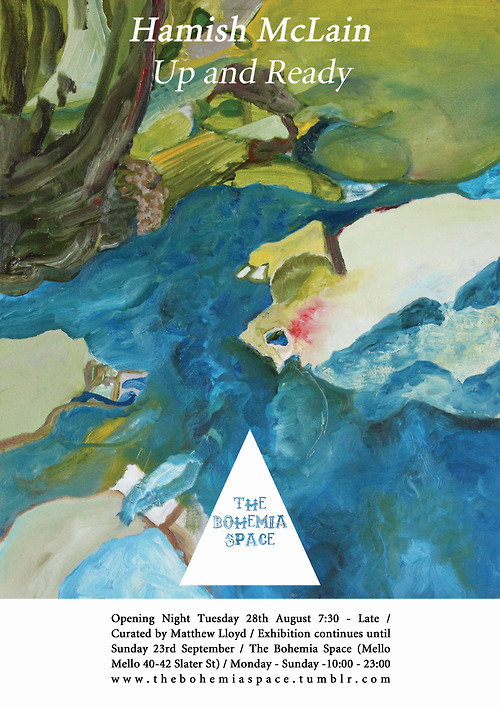 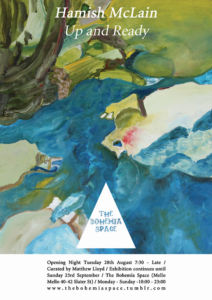 An exhibition of old and new paintings by Liverpool Based Artist
Hamish McLain. Soon to depart Liverpool for London, the exhibition
brings together work made during his time in the city. From free form
abstractions, to current work feeding off experience, place and
travel.

Hamish has been based at The Royal Standard gallery and studios since
2006. Between 2007 and 2010 he was a co-director of the organisation,
co-curating the exhibitions Navigator and Pretty Deep.

His practice centres on the activity of painting, and how throw
improvisation, mark making and composition painting can opening up new
perspectives on places and experiences.

The Bohemia Space is stituated in Mello Mello more information can be found at http://thebohemiaspace.tumblr.com/

Camp and Furnace: “Be Hospitable”, The Souvenir Collective

The Florrie: May Weekend Arts and Craft

Wirral Festival Of Firsts: The Mothers