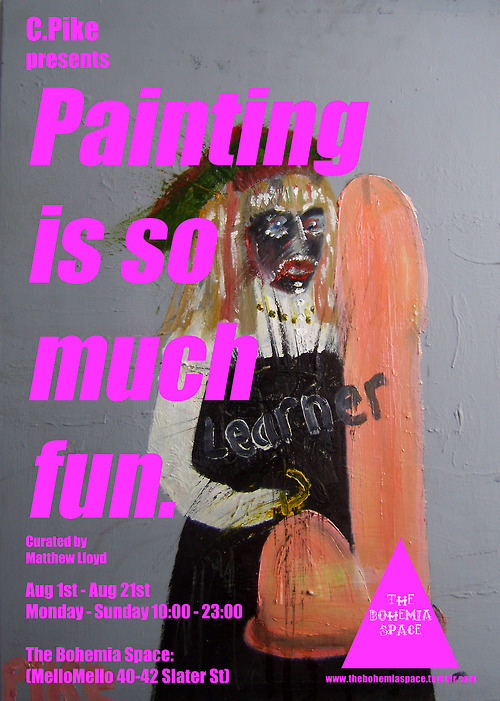 C.Pike – Painting Is So Much Fun 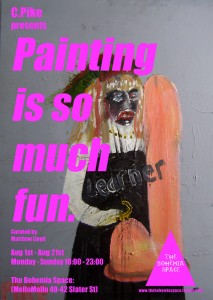 The Bohemia Space is also pleased to present, for our first show; Painting Is So Much Fun by Lebanon based artist C.Pike. Painting Is So Much Fun acts as a mini retrospective that showcases C.Pike’s work that was produced while the artist lived in Liverpool. C.Pike’s practice captures roguish-looking characters within obscure fictitious scenes, whose achievements ask the viewer to step into the artists world, and to engage with the characters and construct the next scene in the story. With visible mark making and a bold colour palette, C.Pike shows us that he wants his practice clearly to be seen, which promotes elements of the attraction to Outsider Art, but more importantly C.Pike wants us to know that painting can act as a key tool to having fun.