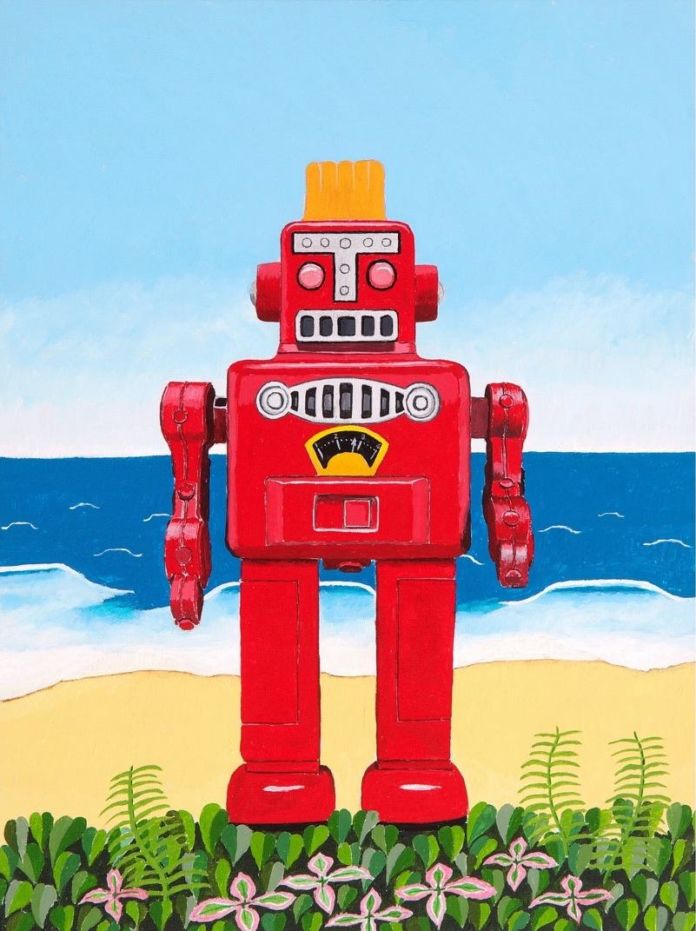 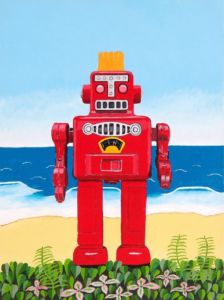 Who knew that the bassist of The Specials is also a trained artist?
Horace Panter, aka Sir Horace Gentleman, has recently exposed his work
to public scrutiny by having his first solo exhibition at The Strand
Gallery in London in November 2011.  From 1st-31st March Panter will
be exhibiting at Penny Lane Gallery in Liverpool.  This newest edition
to galleries in Liverpool boasts a prestigious location as far as
musical history is concerned so it seems entirely appropriate that it
should host an exhibition by the bassist of a much-loved British band.

Panter graduated in 1975 with a BA in Fine Art from Coventry’s
Lanchester Polytechnic.  Although the majority of his career has been
defined by his involvement in music, art has always been a key focus
in his life.  His art reflects influences ranging from Pop Art to
iconic forms of religious and political propaganda, resulting in
highly stylised, colourful, ultra-modern images.  On the one hand, you
can expect to see the classically-drawn robots of 1950s
science-fiction juxtaposed with a naïve painterly style reminiscent
of Henri Rousseau, on the other, a combination of painting and collage
which express his life-long love of Blues music.

In his paintings, Panter says he’s attempting to create his own
unique form of iconography, admitting he is fascinated with orthodox
icons, seeing them as art with a purpose:  “You want your crops to
grow to pray to an image….that’s purposeful”.  While
acknowledging their functionality as venerated objects, he
simultaneously recognises their beauty as cultural artefacts.  The
subjects of his paintings, often lone figures against stark
backgrounds, beg the question “who and what is important enough to
take centre-stage, to be idolised”?  Perhaps this is a comment on
his own experience as “an ordinary chap” (his words) taking the
stage in front of thousands of fans.  It’s as if he has translated
what must surely be a surreal experience into his paintings.  In the
tradition of Pop Art, the artist himself has been ‘elevated from the
mundane’.