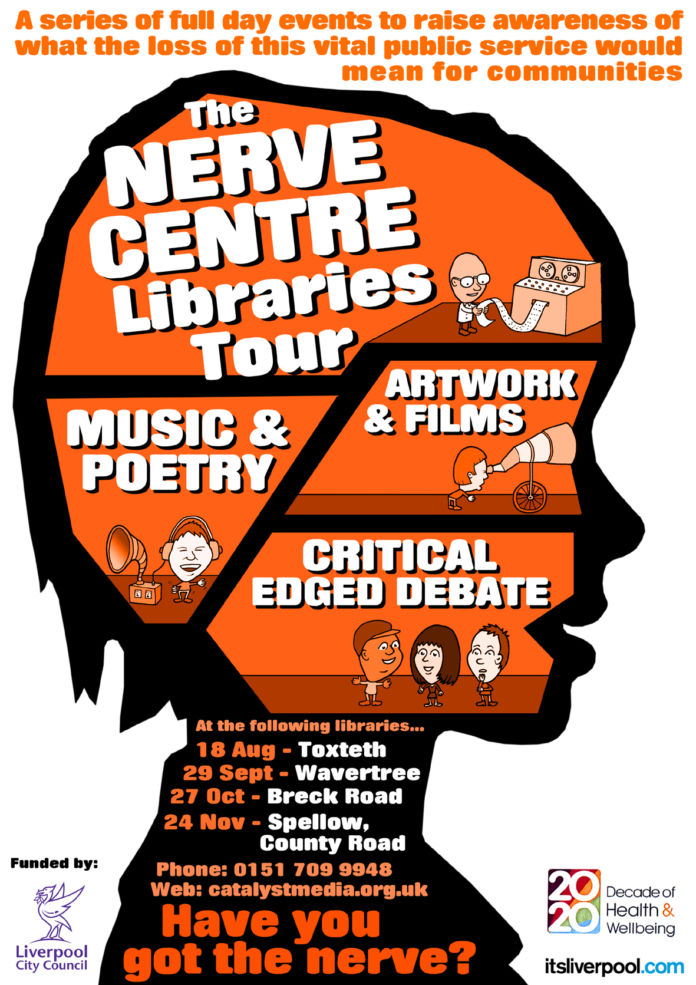 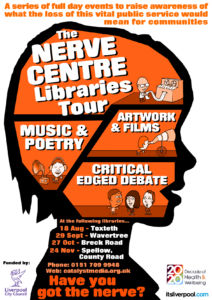 Nerve magazine, which promotes grassroots arts and culture on Merseyside, are staging a series of cultural events to raise awareness about the closure of libraries in the region and the reduction of opening hours in many others.

The first of the Nerve Centre events – they are free of charge to attend – will take place at Toxteth Library in Windsor Street – which is now open only four days a week instead of seven – on Saturday 18 August (10am – 4pm).

It will include music by Liverpool indie band Bolshy and Mala, who play a fusion of Irish and Cuban music.

There will also be poetry, among the readers being Alice Lenkiewicz, who will recite poems she has recently written about Toxteth.

Other highlights of the event include artwork exhibited by John O’Neill and Karl Eversley.

Films about the Bhopal disaster in India in 1984 and the response of Cuba to the trade embargo imposed on the country by the USA in the 1990’s.

PIPs (Philosophy In Pubs), debating ‘What Is Philosophy?’;

There will also a number of buskers performing music outside the library throughout the event.

“Libraries are a fantastic resource in the heart of the local community,” said Ritchie Hunter from Nerve. “We have seen this service reduced recently and we could lose them altogether.

“By staging these events,” he added,” Nerve will raise the profile of libraries, involve people from the area in cultural activities and help create a sense of ownership of these public spaces.”