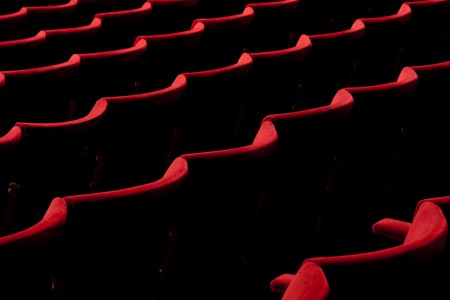 The Plaza is a volunteer staffed, community cinema in Waterloo in North Liverpool that struggles on a daily basis with competition from the multiplex retail park cinemas, the illegal download revolution and DVD piracy but still manages to maintain a current programme alongside special events and arthouse releases.

Mark McNulty’s photographs of The Plaza pay homage to a disappearing world of projecting real film onto cinema screens, the beauty of the art deco building it calls home and the dedication of it’s volunteer staff. ‘When I first went to The Plaza to take photographs, at 11am on a Sunday morning, I saw people on their knees wearing miners lamps on their heads, sewing up the backs of seats before moving on to picking chewing gum out from under the seats and it was this dedication that I wanted to get across in documenting what goes on both out front and behind the scenes at The Plaza’.

Opening Times: Opening times will coincide with the normal box office hours of the cinema http://www.plazacinema.org.uk