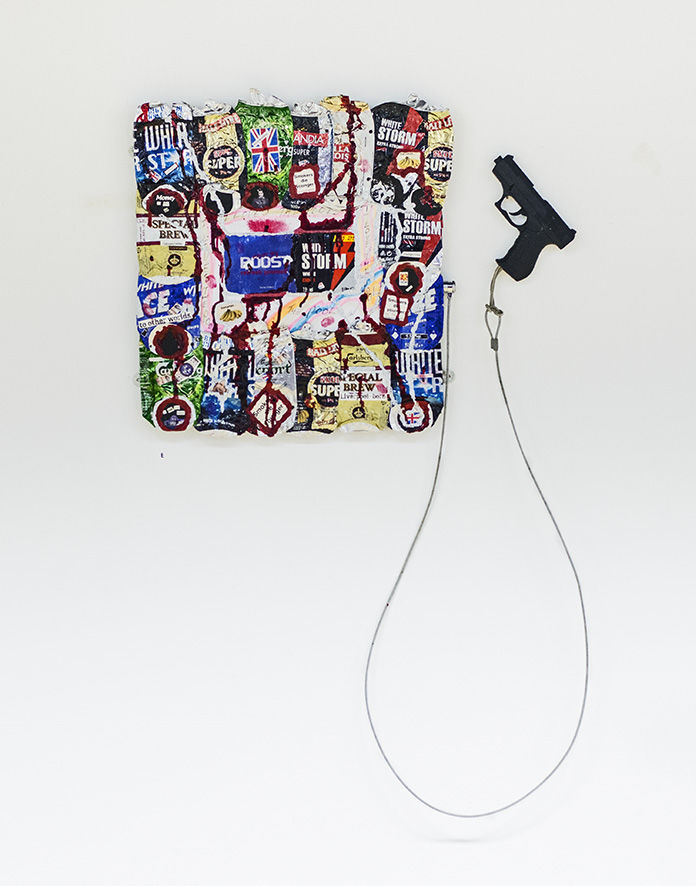 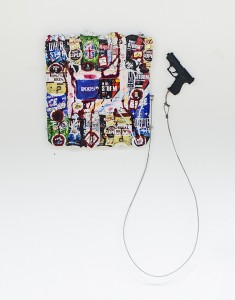 Carl Fletcher produces small scale artworks among other creations, which he describes as ‘ ..being inspired by the world situation,particularly the credit crunch, oil wars, white storm and man’s greed.’

‘I am very meticulous in producing my artwork,’ he says, ‘ and it all has a political meaning in one form or another. There is no question , given the political situation around the world, that we are entering an era of protest art.’
Fletcher is also interested in otherworldly matters. ‘I am very fascinated by the universe, painting it and trying to understand it. I use many decorative art techniques to create images of cosmic dust, etc.

He believes that the time he spent in LA during the 80s and 90s were a major influence on his artwork.’ The shallowness of a lot of the people there was disturbing to me. The period spent there still permeates the production of my art.

As well as being a realist he also retains a sense of optimism about the world and the people who inhabit it. ‘ I try to include a rainbow in a number of my pieces – the rainbow being a symbol of optimism and hope.

The Bohemia Space: Michael Lacey presents After The Flood

The Brindley: Reflections on the Self, five African women photographers