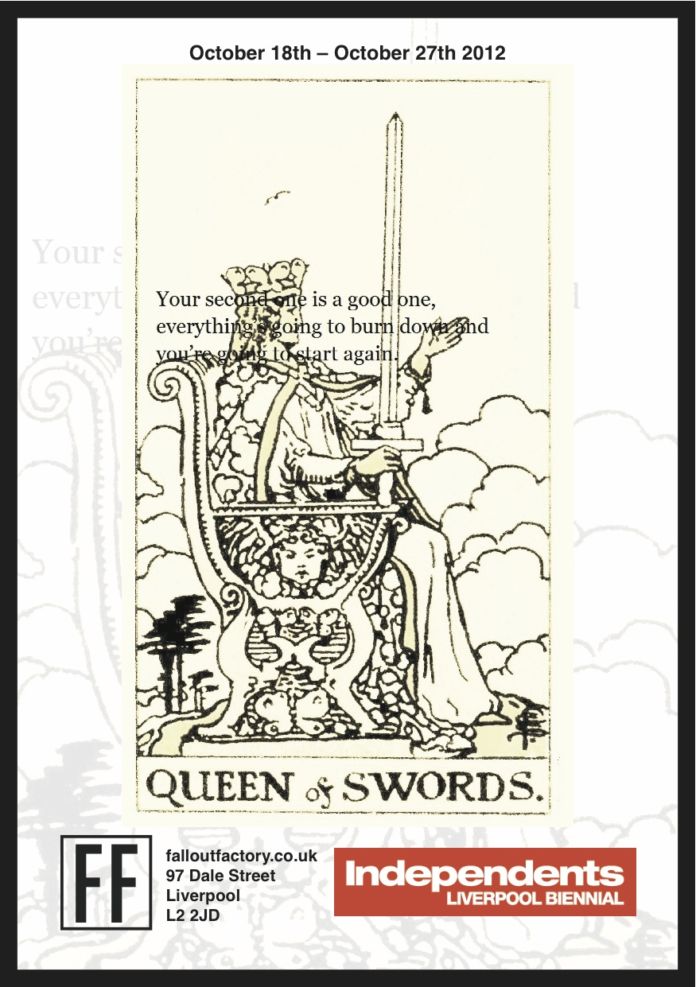 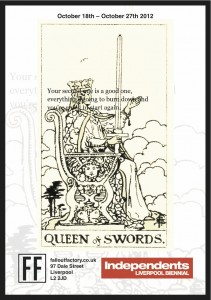 1a verbal or written answer  2a reaction to something:

Response is an exhibition created for emerging artists in conjunction with the Liverpool Biennial 2012.

A collaboration of curators, artists’, writers, filmmakers and creative thinkers.

Subjects of censorship, the unconventional and irrationality are showcased in reaction to the Liverpool Biennial’s ‘Unexpected Guest’. Demanding topics are temporarily predisposed within the city to confront viewers, in relation to their own temporality and residence.

The Long Night (debate night open to the public)

8 – 12 Abercromby Square: A series of Exhibitions

The Brindley: Reflections on the Self, five African women photographers