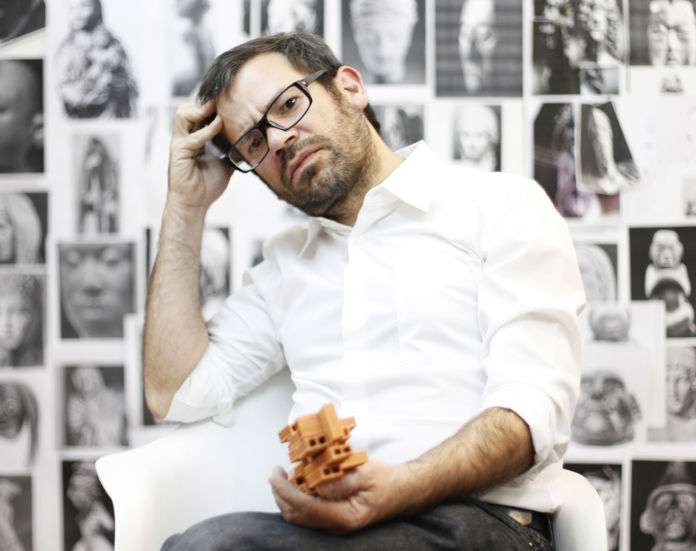 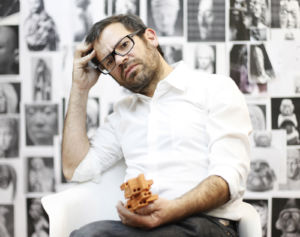 FACT will present major new commissions from international artists Jemima Wyman, Anja Kirschner and David Panos, and Pedro Reyes as part of the seventh Liverpool Biennial. The exhibition will also include the first UK retrospective from Lebanese artist, curator and filmmaker Akram Zaatari.

The works form part of The Unexpected Guest, the Liverpool Biennial’s city-wide exhibition, in keeping with the festival theme of ‘hospitality’. A selection of the artists will be taking part in an artist talk on September 13, ahead of the official Biennial opening, to preview their new works.

“The artists we have chosen to work have all decided to respond to the theme
of hospitality in complex and thrilling ways. In our building, the artists explore
cultures of exchange, the architecture of relationships, as well histories of
violence and surveillance.”

For the first time, as part of the Biennial, FACT will also be hosting an ambitious
programme of contemporary artist film. Through a series of weekly
screenings, Q&A sessions, and film forums, FACT will become the evening hub
of the festival, with activity and late opening hours every Wednesday during the
Biennial period.

On October 26, FACT will also stage the event, Random Acts: Artists
Interventions into Broadcast. Taking Channel 4’s new programming
strand Random Acts as its starting point, this forum brings together key figures to
reflect on histories of artist intervention into television, from early TV interruptions
to the rise of new media in everyday life.

“As ever, FACT is offering a varied and thought-provoking Biennial programme
that we hope will attract a wide audience of all ages. Not only are we excited
by the quality of artists we have commissioned for the festival, but also the
opportunity we have had this year to accompany this with an extensive film
programme and the Random Acts event.”

Jemima Wyman (b. 1977, Sydney, Australia) is an artist who lives In Los Angeles
and Brisbane.

Commissioned by Liverpool Biennial and FACT, Wyman’s new artwork will
explore camouflage fabric as a material with symbolic links to violence and
conflict. Donated second-hand camouflage and hunting t-shirts will be used
as weaving material on hula-hoop looms. Through a schedule of workshops,
the public is invited to meditatively weave with the artist while transforming
these objects of conflict (uniforms/hunting t-shirts) into objects of comfort (soft
psychedelic weavings). All of these individual woven contributions will then
be added together and exhibited in the public spaces of FACT creating a soft
architecture for the building.

Pedro Reyes (b. 1972) is an artist who lives and works in Mexico City, Mexico.

His new project, Melodrama and Other Games, incorporates a set of newly
imagined games for visitors to play with. Trained as an architect, Reyes’s work
explores how encounters between strangers in controlled environments can
foster new tools for collective problem solving.

Inspired by the classic game of Snakes and Ladders, Melodrama is a board
game customised to reflect the ups and downs of human relationships. Other
games include ‘Mine-field’, ‘Feather Fun’, and ‘Slow-motion Fight’, which
are parlour games that encourage visitors to improvise new forms of social
interaction with each other.

Reyes will retrieve the culture of street games, taking activity out into Ropewalks
Square during the Biennial’s opening on September 14 at 7pm.

Anja Kirschner (b.1977, Munich, Germany) and David Panos (b. 1971, Athens,
Greece) are artists who live and work in London and are currently based in
Greece.

In this new work, the artists return to their interest in the problems of theory
and practice, the tension between artistic form and empirical research and the
relation between economics and culture. Ultimate Substance is a film installation
that looks at the way in which money and labour shape the way we think about
the world. The film is set in Lavrio, Greece; an industrial town built on the
remains of ancient silver mines, and the place where raw material for ancient
Athenian currency was extracted using slave labour. Resurrected in the 19th
Century, there is speculation that Lavrio was connected to the first stock market
crash in modern Greece. The mines now lie dormant, with unemployment in the
town close to 80 per cent.

Akram Zaatari presents his first major UK solo presentation at FACT. The work
within the exhibition considers private and public interactions with the human
body and the technological apparatus. Zaatari’s show takes us from the intimacy
of a photographer’s studio in Egypt to an enthralling installation consisting of
private videos of Arab youth, found on YouTube. The artist studies the thin line
that connects us to the public – exploring various techniques – from the intimacy
of the professional studio to the low tech solitary environments that ones finds
uploaded onto social media.

The Bohemia Space: Up and Ready – Hamish McLain