Works to Know by Heart: Matisse in Focus 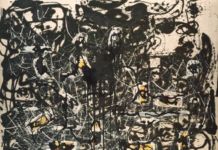 Mondrian and his Studios: Abstraction into the World