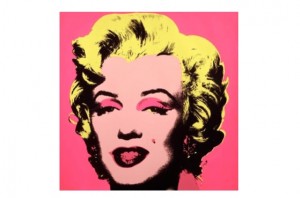 Discover the man who transformed the modern art world. Transmitting Andy Warhol brings together more than 100 artworks from one of the most influential, controversial and notorious artists of the twentieth century, in the first solo exhibition of Warhol’s work in the North of England.  The exhibition provides a new insight into the breadth of Warhol’s artistic processes, his philosophies, as well as the social, political and aesthetic implications of his ground-breaking practice.

It was Warhol’s democratic belief that ‘art should be for everyone’.  Transmitting Andy Warhol explores how the artist embraced the mass mediums of his time – publishing, film, music, and broadcast to transmit his ideas and imagery to as many people as possible.  In doing so, Warhol radically re-defined access to culture and art, challenging traditional notions of high and low culture, private and mass experience.

In his desire to make art public, Warhol’s practice spanned the worlds of art, media, music, fashion and celebrity.  Exhibition highlights include the Marilyn Diptych 1962, Dance Diagram 1962 and Do-it-Yourself 1962 paintings.  These will be shown alongside Warhol’s television commercials, fashion illustrations forVogue and Harper’s Bazaar, concert posters, his TV show and a dazzling display of his trailblazing celebrity magazine Interview.   The exhibition will also include the much loved works Three Brillo Soap Pad Boxes 1964/68 and Campbell’s Soup I 1968.

The exhibition includes a spectacular presentation of the travelling multi-media spectacle The Exploding Plastic Inevitable (EPI), Warhol’s famed ‘total art’ environment.  Used as a framework for a series of performances by the Velvet Underground and Nico, EPI will bring the atmosphere of 1960s New York to theLiverpool Waterfront.

Transmitting Andy Warhol is exhibited alongside Gretchen Bender and the The Serving Library  to form Tate Liverpool’s autumn/winter season – Making Things Public. Across the gallery, you are invited to explore how artists from different generations have responded to and experimented with the pervasive influence of mass and broadcast media.

Museum of Liverpool: April Ashley: Portrait of a Lady