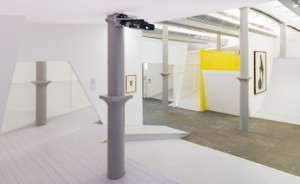 Claude Parent (FR) is one of the most radical figures of French avant-garde architecture, and La colline de l’art (Art Hill) is the latest demonstration of the oblique function —?a principle of architecture he developed in the 1960s with theorist Paul Virilio. Defying convention, the idea proposes that buildings incorporate ramps and slopes, avoid right angles and be wall-free where possible. Within such constructions, bodies behave in new and unusual ways that heighten the senses as well as reshape interpersonal dynamics and hierarchies.