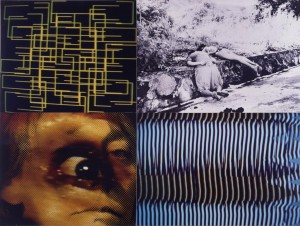 This autumn Tate Liverpool presents the work of American artist Gretchen Bender (1951-2004). Bringing together a focused selection of works including Total Recall 1987, a monumental 24-monitor multi-projection screen installation, the exhibition will be the first solo exhibition of Bender’s work in the UK.

Bender came to prominence during the 1980s and was closely associated with the ‘Pictures Generation’ of artists whose work appropriated mass media imagery and its clichés for critical ends. In response to an increase of political and corporate ideologies being embedded into mass media, Bender developed a coherent and critically acclaimed body of work becoming especially renowned and celebrated for her large-scale video theatre installations and screen prints on tin signs. Her practice extended further to include works for commercial broadcast including music videos, often made in collaboration with the American artist Robert Longo (b. 1953), for bands including New Order, Megadeth, and Babes in Toyland.

A major highlight of the exhibition is Total Recall 1987, a seminal work first shown at The Kitchen in New York, it critiques the accelerated image-flow of television and the violence of images in a society now shaped by their commodification. Total Recall’s stacked monitors each present multiplied fragments of television imagery with aggressive barrage editing and sound. The work seeks to overload the viewer’s perception by montaging imagery of Cold War-era military hardware, animated corporate logos and Hollywood film iconography, alongside commercials for consumer recording devices such as video cameras and recorders. 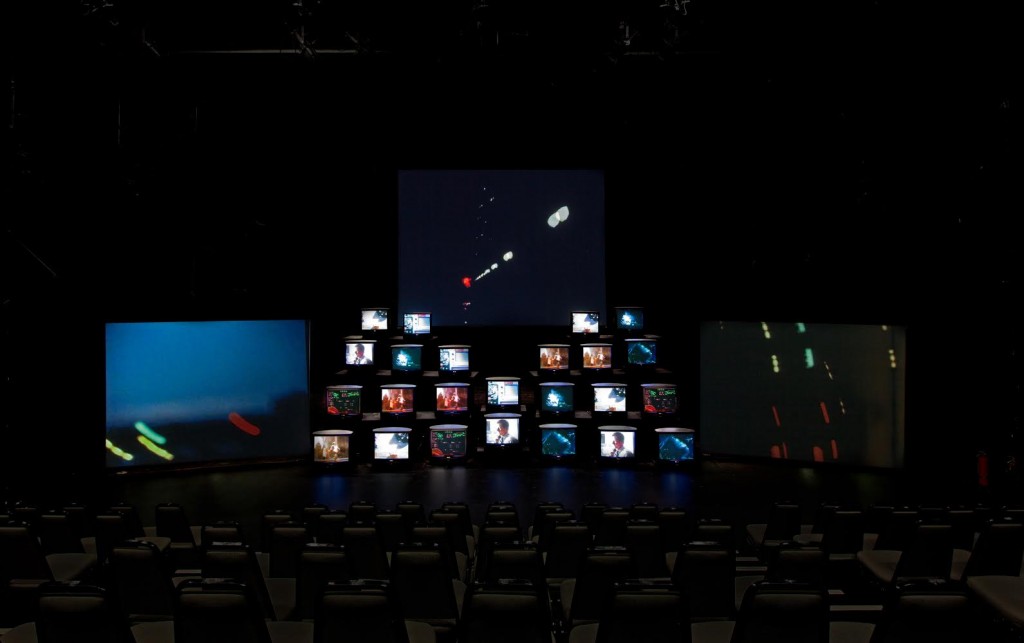 Total Recall exemplifies Bender’s concept of ‘electronic theatre’ and her aim to infiltrate the corporate domain of mass media representation. Through Total Recall and a representative selection of her works, the exhibition demonstrates how Bender’s practice has proven to be highly prophetic in a digital age, highlighting its critical focus on the spectacle of an accelerated mass media and its relationship to corporate ideology and perception.

Gretchen Bender will be exhibited alongside Transmitting Andy Warhol. Also running concurrently on the ground floor Wolfson Gallery is The Serving Library to form Tate Liverpool’s autumn/winter season. Entitled, Making Things Public, visitors will explore how artists from different generations have responded to and experimented with the pervasive influence of mass and broadcast media.