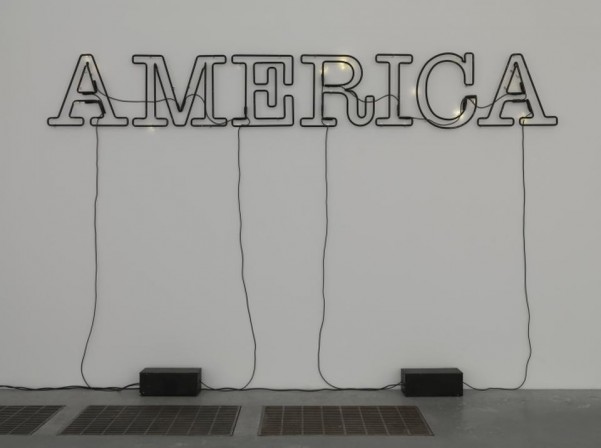 Tate Liverpool presents a major exhibition curated by one of America’s most distinguished contemporary artists, Glenn Ligon (b.1960, New York). Ranging from Willem de Kooning, Andy Warhol, Cy Twombly, Bruce Nauman and David Hammons to Steve McQueen, Lorna Simpson, Felix Gonzalez-Torres, Chris Ofili and Kara Walker, Encounters and Collisions presents an extraordinary group of artists who have influenced Ligon or with whom he feels an affinity. The works, chosen by Ligon, have multiple relationships to his art and often feature in his own writings; their presentation could be described as Ligon’s ‘ideal museum’. Together they position postwar American artistic endeavours within wider political and cultural contexts.

Encounters and Collisions is curated by Glenn Ligon. The exhibition is a partnership between Nottingham contemporary and Tate Liverpool. The exhibition will run in parallel with Jackson Pollock: Blind Spots.