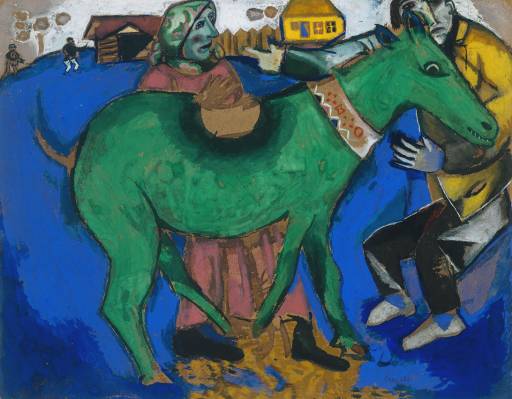 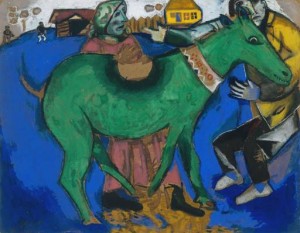 Marc Chagall (1887–1985) is one of the great artists of the last century.  Bringing together more than sixty paintings and a selection of works on paper from across the world, Chagall: Modern Master takes a fresh look at this compelling artist who created some of the most poetic and enduring images of the twentieth century.  This exhibition will be the first major presentation of the Russian painter’s work in the UK for more than fifteen years.

The exhibition will explore Chagall’s development from the ‘naïve’ folkloristic narratives in his early work, towards his unique style combining fauve, cubist, expressionist and suprematist influences while reflecting his native Jewish Russian culture.

Chagall: Modern Master will focus on the artist’s time in Paris before the First world War, his visit to Berlin and his exhibition there in 1914, and the years he spent in his native Russia around the time of the Revolution in 1917.  Chagall’s experiences during this period reinforced his highly personal visual language.  The universal, timeless themes of these early works – including love, suffering and death – alongside self-portraits and depictions of the circus, music and peasants, recurred and formed the core of his art for the remainder of his long career.