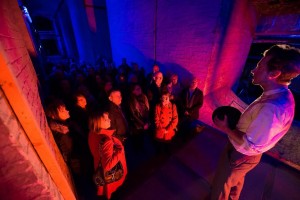 (Tours are approximately one hour in duration)

Liverpool’s St George’s Hall have announced the return of the popular Catacombs Tours, exploring the darker heart of Liverpool’s most celebrated and historic building. The theatrical events sent chills down the spine of thousands of people who attended the two runs of tours last year. Tickets are now on sale and should sell fast.

Theatrical company Lovehistory Ltd are set to return with a whole host of actors portraying new characters and new stories from Liverpool’s murderous past. Experience The Catacombs of Liverpool’s Darkest History and peel back the layers of yesteryear to reveal what lies within the heart of St George’s Hall’s dark past. 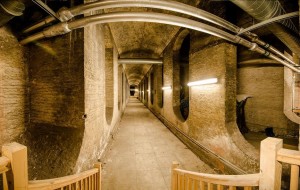 The promenade performances explore the court room and dark cells below the grandness of the Great Hall, where those waiting to be condemned would spend their final moments and in the shadows of Liverpool’s past, spectators will encounter the characters that will tell their tormented tales and illuminate their history.

The Catacombs were previously used as billeting quarters for police and the army during transport strikes, or as a food dispensary and water store during the Second World War, the catacombs and basement galleries will now take on a new and dramatic lease of life.

Join Liverpool’s own premier theatrical performance company Lovehistory for a unique theatrical experience and see Liverpool’s history exposed like never before from the dark and twisted underbelly of St George’s Hall.

*Purchase in person at TicketQuarter, Queen Square, Liverpool. Online at www.ticketquarter.co.uk or call 0844 800 0410.

A Night At St Georges Hall