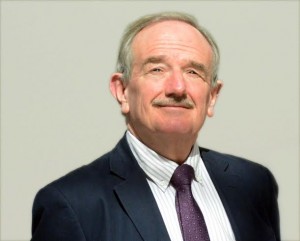 A play about the extraordinary life of Great War poet Wilfred Owen will be performed at St George’s Hall, Liverpool. A Dream Of Wilfred Owen by David Charterswill be staged in the Concert Room of the iconic landmark building.

Known as the soldiers’ poet, the story will be told from the perspective of Wilfred’s ghost who will take the audience on a journey back to the time of World War One.  The story follows real and imagined events in Owen’s life, from growing up in Birkenhead where his father, Tom, was master of the busy Woodside railway station, to his own war experiences in the trenches.

A Dream of Wilfred Owen has been written by Merseyside journalist David Charters. David has been a journalist for almost 50 years, including 25 years as a columnist on the Liverpool Daily Post. He now writes the Bard of Birkenhead column, which appears in the Wirral edition of the Liverpool Echo every Friday.

The dramatic 90-minute play is a departure from the media for David, who has published two books about Merseyside’s history, as well as a compilation of his humorous musings. David is also a part of the newly announced Songs and Words of Folk series taking place at St Georges Hall, with the first two events scheduled in February and March.

Not only has David written the play, he will also be playing the part of Wilfred’s ghost.

David will be joined on stage by the narrator, John Gorman, star of stage and screen and celebrated as a member of Scaffold, and Lucy Mayhew, a Wirral singer, whose lovely voice and songs are winning high praise.

Lucy sang in the October performance at St George’s Hall.

St George’s Hall – In Their Lives