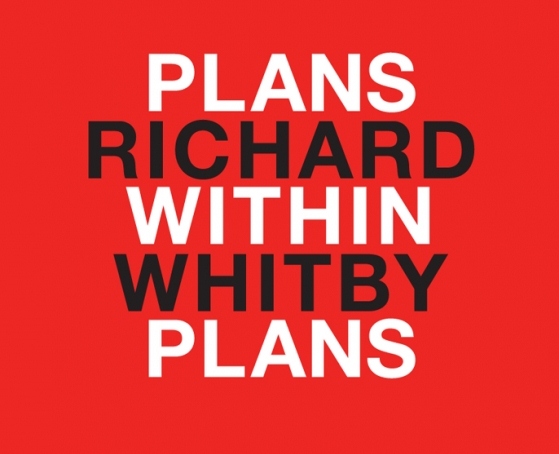 The Royal standard: //Plans Within Plans// 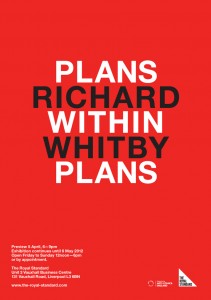 Open Friday to Sunday 12noon-6pm or by appointment

The fabric of Richard Whitby’s work appears to be on the verge of collapsing, ‘degenerating’ into its constituent parts – “When you look at something unfinished, sometimes it’s hard to tell if it’s being made, or falling apart”, he says.  Through the use of hand-made objects, props and amateur or improvised performances, Richard invokes the monumental, whilst undermining the implacable façades of such structures and images – utilising props and sets in an age of fake democracy; fake growth.

The title ‘Plans Within Plans’ is a line of dialogue from David Lynch’s 1984 film Dune.  The line appears towards the start of a baroque, science fiction epic that, the artist says, “promises a lot at the outset, but due to production problems only exists now in an awkward, bodged form.”  The line refers to the scheming nature of one character, exposed as engaged in layered plots.  Whitby’s work often foregrounds the artist’s own position as maker and as complicit agent within the systems (regeneration; tourism and the like) that the work seeks to critique.  Consisting of video, writing, printed posters and sculpture, it is concerned with layers of differing meanings and interpretations: façades and artifice that build between different works.

At The Royal Standard, Whitby will show three new videos.  Using different modes of presentation and modelling, they explore the commonality between architectural ‘pre-visualisations’, cinematic special effects, stage-set designs and the propositions of contemporary advertising.

Richard Whitby (b.1984, Liverpool) is an artist and writer based in London.  He has studied at Wimbledon College of Art and The Slade School of Fine Art.  Recent projects have included a book, American Mountains – Greenway, produced at Grand Union Gallery, Birmingham and a residency at Meantime Project Space, Cheltenham, both in 2011.  He also co-edits the artist’s website dreck.co.uk and is currently studying towards a PhD at the London Consortium.  His website can be found at richardwhitby.net.

Royal Standard – The Winner Takes It All?