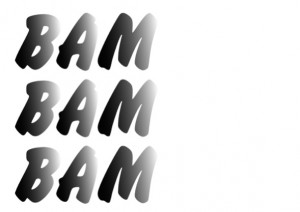 Saturday & Sunday 12 – 5pm or by appointment

The Royal Standard presents a takeover of its galleries by 29 of its studio members. The takeover, titled BamBamBam, is a three-week long exhibition event.

Each week offers a completely different group of artists, presenting a dynamic yet diverse range of styles and mediums. BamBamBam is set to be the largest exhibition of The Royal Standard’s studio members to date, offering freshly made works and newly-
formed collaborations and performances.

There is a real buzz of excitement about BamBamBam. Studio members are able to experiment with showing work in a less pressured environment. It is a time to have fun and be fearless.

The scheduled artists for each week are as follows:

The Royal Standard: Space is Not a Void