Jad’s career began in 1979 with his brother when they formed legendary experimental rock band, Half Japanese. Jad has since worked with dozens of collaborators such as Daniel Johnston, J. Mascis, Thurston Moore, Moe Tucker, Yo la Tengo and Teenage Fanclub. His influence on music cannot be underestimated- its been 30 years since Jad “practically invented lo-fi art-rock in the bedroom of their home of Uniontown, Maryland” (LA Weekly) and his D.I.Y approach, lack of tuning and extreme distortion can is recognizable in the sound of many of today’s band’s.

Fair’s extensive discography is matched by his artistic output; his simple, joyous drawings and intricate, complex paper-cuttings evoke childhood artistic memories, but Fair’s elaboration on the medium displays a much more complicated world of happy animals, space adventures, devilish insects and recurring totemic motifs. In Fair’s mind, love is the key to solving the world’s problems, and his naïveté-as-philosophy fills his art with an honest delight that could warm even the most bitter of us.

Automatic Vaudeville contains all original and brand new art by Jad Fair- his latest series of paintings and paper cuttings have yet to be exhibited anywhere in the world, making this show at Red Wire an absolute must see for those who have a love for life and a love for the ‘other’. 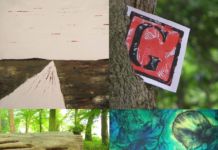 Red Wire: The Owls Are Not What They Seem 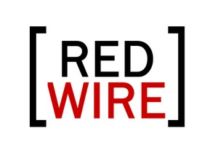 The Lion Tavern – Red Wire presents Art in the Pub

Red Wire – Pencil It In

Red Wire – Pencil It In

Red Wire: The Owls Are Not What They Seem