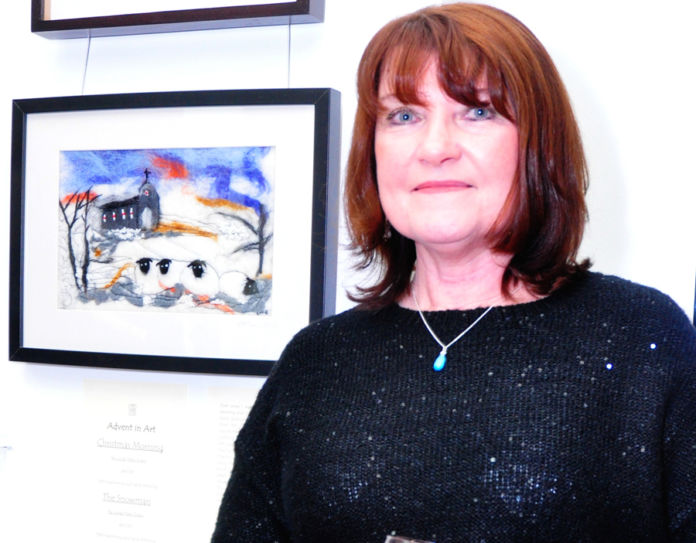 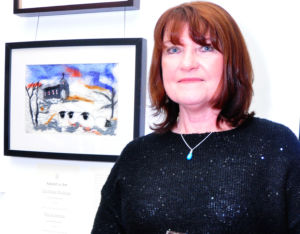 ‘Wirral Visions’ is the current exhibition at the up and coming Rathbone Studio, Birkenhead.  On display is a kaleidoscope of paintings and photographs from local Wirral artists.

The exhibition includes the debut work from John Wharton that shows everyday life. Also included are pieces from Linda Mary Evans, who is no stranger to exhibiting her paintings and has a piece included in the prestigious Royal Cambrian Academy Open exhibition.

The art display shows very familiar and much loved local scenes plus abstract impressions. Tom Allport’s wonderful painting ‘Buster‘ has a unique style and humour. Tom says “I started to paint an abstract painting and Buster came into my head and just materialized into the finished form.”

Again Tony Kenwright, the renowned press photographer, has exchanged the camera for a canvas and acrylics.  His very successful solo exhibition last year, also at the Rathbone Studio, was featured on Granada Reports.

Photographs and paintings of recognisable locations being exhibited by Dave Venables, show the diversity not only of the artists talents but the subjects displayed. In deep contrast to Dave’s photographs are the sensitive images by George Evans, a retired Fire fighter who has come to photography quiet recently.

‘Wirral Visions’ shows the vast untapped potential of local artists. Studio gallery owner Janet Holmes, whose ceramics feature permanently, says “The Rathbone Studio is committed to follow in the footsteps of the Della Robbia Pottery, which was on the site of the Rathbone Studio. Harold Rathbone who founded the Della Robbia Pottery felt it was vital to encourage local talented artists and that was the main ethos behind that firebrand. The Wirral is bursting with creativity and we need to shout it from the rooftops’.