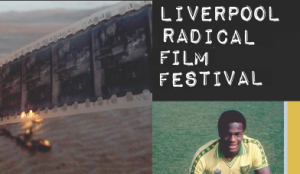 2014 saw the opening of a much needed debate on the rights of gay people within sport. This session exhibits two films concerning gay men in football:

Justin (2011, 3o min): Justin Fashanu, the only openly gay professional footballer committed suicide in 1998. The moving memories of people who knew him best create a poignant portrait of this brave and ridiculed person.

Brighton Bandits (2007, 4o mins): Debunking the myth that gay men don’t play football, Brighton Bandits not only captures the passion for football in the gay community but also allows the players to emerge as people with bold stories to tell.

The Well: The Film that Buys the Cinema