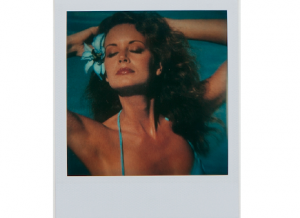 Open Eye Gallery present the first UK exhibition dedicated to the artist Robert Heinecken (1931–2006), who is widely regarded as one of America’s most influential post-War photographers and a pioneer of twentieth century photographic experimentation.

Heinecken rarely used a camera, preferring to describe himself as a “para-photographer” because his work stood “beside” or ‘”beyond” traditional ideas associated with photography. Instead he preferred to cut up and rework images found in newsstand and pornographic magazines to create a photo-based satire on American consumerism, the use of sex in selling almost everything to everyone, and the relationship between media and art.

Curated by Devrim Bayer and premiered at WIELS (Brussels), Robert Heinecken: Lessons in Posing Subjects examines a pivotal point in Heinecken’s career between 1977 and 1982 when  he was using a Polaroid SX-70 camera. This period came to characterize much of Heinecken’s signature work and also coincided with a change of circumstances in the artist’s personal life. After a fire destroyed Heinecken’s studio and most of his work, he separated from his first wife and soon after met artist Joyce Neimanas whom he later married.

Open Eye Gallery present over 250 Polaroid photographs by Heinecken, alongside his sketchbooks and magazines cuttings. Included are his first tests using a Polaroid SX-70 camera from the series He/She. In He/She, Heinecken combined Polaroid snapshots with handwritten fictionalized dialogues between a man and a woman. The portraits, usually of Heinecken and his partner, reveal gender power games and the tone is often sarcastic and sometimes hostile.

To close this series, Open Eye Gallery will present the artist’s book: He/She (published 1980). Unlike his earlier autobiographic shots, here Heinecken re-photographs staged shoots of models posing in mail order catalogues. These decontextualized images toy with the idea of authenticity whilst successfully conveying a fresh and natural effect. This same principle returns in his later series Lessons in Posing Subjects, which is also shown in the exhibition. Here Heinecken demonstrates his laborious working process: cutting, gluing and re-photographing fragments found in magazines.

Unlike He/She, the texts used in Lessons for Posing Subjects are typed rather than handwritten, a fact that confers a falsely didactic air to the captions. Seductive and full of humour, Heinecken’s ‘lessons’ are no less provocative and bear witness to the commitment of this controversial artist who described himself “ as a bizarre guerrilla, investing in a kind of humorous warfare… without consistent rationale” (1974). Pornographic magazines also provided Heinecken with a major source of material, as can be seen in the series The Hite/Hustler Fashion Beaver Hunt (1981), which will be presented at Open Eye Gallery.

Throughout his long career, from the early 1960s to late 1990s, Heinecken’s prolific oeuvre shows an obsessive, prescient eye that captured the vagaries of American popular culture, consumerism and gender in an unique and compelling way.