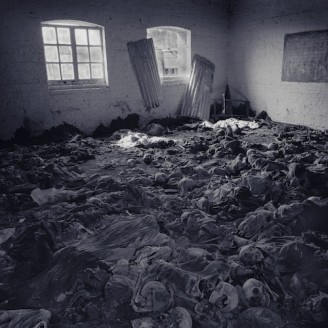 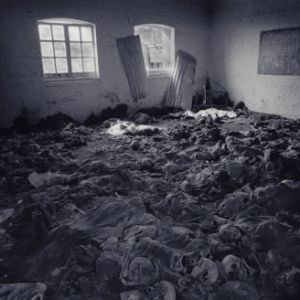 SIMON NORFOLK: FOR MOST OF IT I HAVE NO WORDS

Open Eye Gallery, Liverpool, is delighted to announce the UK premier of Richard Mosse’s Infra, alongside a seminal project by photographer Simon Norfolk, from 30 March to 10 June 2012. The gallery launches a new Wall Work commission by artist Emily Speed on the same date.

Main exhibition, Infra, is a striking new body of work by photographer Richard Mosse made in the Democratic Republic of Congo. This is Mosse’s first solo exhibition in the UK.

Like the novelist Joseph Conrad a century before him, Mosse attempts to depict a disorientating humanitarian disaster, too opaque for traditional methods of representation.

Running alongside this main exhibition is archive exhibition For Most Of It I Have No Words by Simon Norfolk. Originally completed in 1998, and exhibited at Open Eye the following year, this project marked a turning point in Norfolk’s practice.

The series investigates what Norfolk regards as genocidal events of the twentieth century, reflecting on the act of forgetting as physical reminders of the atrocities disappear from the landscape and away from our consciousness.

It begins in Rwanda (1994) where partially clad skeletons remain in the churches and schools where massacres have taken place.

Moving back through time, Norfolk draws a thread through a series of historical events: Cambodia’s Year Zero in 1975; extermination camps in Auschwitz; mass graves that resulted from man-made famine in the Ukraine; and the fields of Anatolia where Armenians were marched to their deaths in 1915.

The series concludes in Namibia where the sands of the Omaheke Desert have erased the final traces of the Herero people, killed under German colonial rule in 1904.

The exterior wall of the gallery is the site for the second in a series of Wall Works – a new commission by Liverpool-based artist Emily Speed titled Nothing is Finished, Nothing is Perfect, Nothings Lasts.

Speed makes sculptural works that explore the temporary and transient nature of things. Through reference to architecture and the body, she investigates buildings as physical shelters and as containers for memory, bound with the history of their occupiers.

The installation at Open Eye takes the folded shape of the gallery’s façade as a starting point and adds a layer to it, transforming the appearance of the wall into a giant, creased piece of paper.

Karen Newman, curator, continues: “Although Speed is using different materials to those employed by Mosse and Norfolk, what links these artists is an investigation of what lies beneath the surface.”

Open Eye Gallery is one of the UK’s leading photography galleries and the only venue of its kind in the North West. In November 2011 the gallery relocated to a brand new purpose-built space on the Liverpool Waterfront, at the heart of the city’s new cultural quarter.

Open Eye – Until it Hurts

Open Eye: Tim Hetherington: You Never See Them Like This