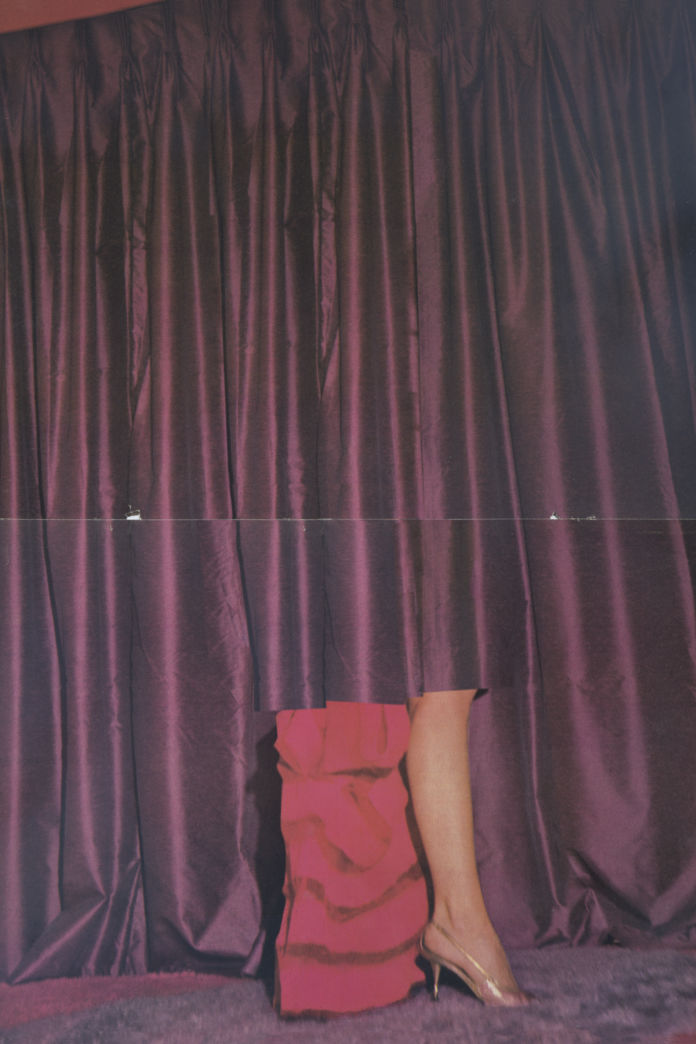 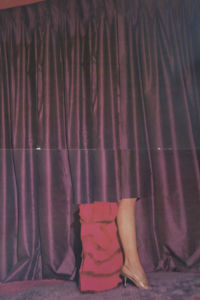 Eva Stenram (b.1 976) is a Swedish-born photographer, who lives and works in London. The artist brings together analogical archival material and digital manipulation, creating scenarios where the uncanny takes central stage. Stenram often uses found images, such as the negatives of pin-up shoots and thumbed centrefolds taken from old magazines, as her source of inspiration and working material.  These are scanned and imported to digital files that the artist manipulates, reinterpreting at each time the image anew. In the Drape series (2012), the background − the drapes that give the show its title – and foreground are exchanged. Once the backdrop falls in front of the model (negating access to the subject and only showing glimpses of her objectified body), the viewer becomes fully aware of their voyeuristic desire and erotic impulses.

Her work questions our understanding of notions such as time and space, giving life to hybrid realms whose exact temporal and cultural coordinates are ambivalent and difficult to locate.

Similarly, in the series pornography/forest_pic (2004-2012), Stenram carefully removes the actors’ bodies from pornographic images that have a forest as their background. Once the “action”, the sexual intercourse, is erased from the photo, only a disturbing sense of uneasiness remains and the viewer is left with nothing but their frustration and disillusion.

Open Eye Gallery: A LECTURE UPON THE SHADOW