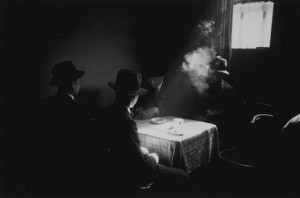 Event Info: Colin’s talk will look at the importance of Picture Post as the real ‘starting point’ of British photo-journalism and how a young working-class London boy emerged as one of their key pioneering photographers. He will discuss Hardy’s approach to photographic assignments and how his interventionist approach differed from other Picture Post photographers such as Kurt Hutton and John Chillingworth. In this context, Colin will illustrate the talk with several of his Liverpool essays taken over a 15 year period.

Colin has had a long involvement with photography. In 1973, he established MVCU (Merseyside Visual Communications Unit) which later changed its name to Open Eye. He set up Open Eye Gallery in 1977 and was responsible for its first year programming before appointing Peter Hagerty to take over its running. In 1982, he quit the project with Peter to create Light Impressions, a commercial photography business which was sold to a competitor some four years later. Colin’s subsequent career has been as a publisher, specialising in local history and photography. He is the author of many books on photography, specialising on making public and private archives available for public dissemination.

The talk is free however booking is necessary as places are limited.