Stuck on a country road behind an artic’ truck: Ebony Andrews. Exhibition 9 to 29 September 2008
Set firmly in the realm of ‘The Animal Kingdom’, Ebony’s recent works take both direct and indirect influences from her own experiences of ‘animal’

Ebony Andrews show at The Slaughterhouse Gallery is an exhibition of works produced by the artist over the last five years. Set firmly in the realm of ‘The Animal Kingdom’, Ebony’s recent works take both direct and indirect influences from her own experiences of ‘animal’. As the attitudes of the public and the media continually evolve and re-invent surrounding ‘animal’ subject matter, Andrews continues to explore new avenues of zoological controversy, invariably unearthing truths about human nature that many would prefer to remain untouched.

“When I was seven I asked for a pond for my Birthday so that I could play with frogs. Over the years, the beautifully unique ecosystem that developed in the pond proved to be an inexhaustible source of joy and intrigue for me. It laid the foundation for my interest in animals and natural history. I never had a doll.” – Ebony Andrews 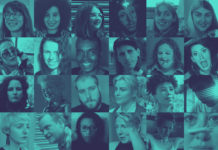