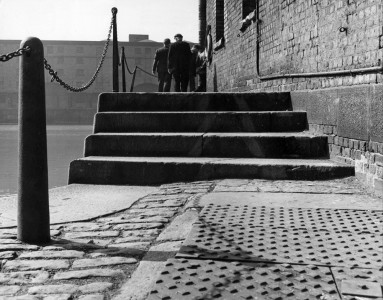 Eric de Maré (1910–2002) was one of Britain ’s most influential architectural photographers, greatly broadening the perception of where architecture was to be found. A prolific contributor to the Architectural Review, he illustrated pioneering studies of architecture in and around the Thames as well as of Britain ’s neglected industrial heritage. His seminal book The Functional Tradition in Early Industrial Buildings (1958) potently suggested how warehouses and mill buildings could serve as an inspiration to architects rebuilding postwar Britain .

Milk and Sugar – Liverpool One: Remaking a City Centre