William Latham was one of the first UK artists to create computer art, blending organic imagery and computer animation software to model the process of evolution. His work brings the worlds of art and science closer together to create organic forms using a series of computer manipulated transformations. He describes the process as making the artist become ‘like a gardener’, allowing them to choose and breed what they like. His work has similarities to the mathematical precision and surrealism of M.C. Escher and Yves Tanguy and has influenced styles of graffiti and fractal art. The event has been programmed to coincide with the current exhibition at Metal, ‘Botech Compositions: New Work by Macoto Murayama’. 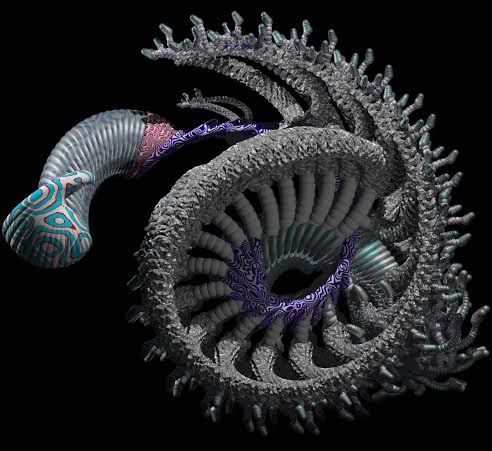 William Latham created the form of Mutator Art while he was at the Royal College of Art. He started to devise an evolutionary rule-based drawing system that would generate organic rather than geometric forms. He then worked with computer programmers, molecular chemists, mathematicians and software engineers while in residence at IBM’s research lab in Winchester. In the 1990s he further developed this style by working with rave bands, including the Shamen, creating record covers and music videos using his distinctive organic art style. He also worked on interactive apps and video games, including the 2002 adaptation of John Carpenter’s ‘The Thing’ for Playstation 2. Like Macoto Murayama’s Botech Compositions, William Latham’s works represents the meeting point between art, science and cutting-edge technologies and demonstrates how artists are using the computer to extend the boundaries of their practice.

The event on Thursday 25 September will include a chance for questions led by the curator of Botech Compositions, Simon Poulter. Metal thanks The Japan Foundation, Arts Council England, Liverpool City Council and Frantic Gallery for their kind support in helping us to realise this project.