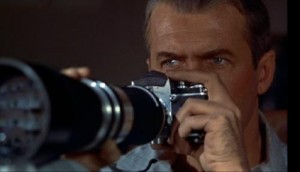 3 July 2015
6.30pm
FREE, book at edgehill@metalculture.com or 0151 707 2277
Alfred Hitchcock’s timeless masterpiece comes to Film Station. Jimmy Stewart plays L.B. Jefferies, a photographer confined to his apartment with a broken leg. He passes the time by trying not to marry Grace Kelly and spying on his neighbours – and then he witnesses what might be a murder. Universally acclaimed as one of the best films ever made, Rear Window is the quintessential Hitchcock film, a perfectly-crafted study of suspicion and tension starring two of Hollywood’s greatest leads.

Film Station is a fortnightly programme of FREE film screenings at Metal, Edge Hill Station, with films being nominated by the audience. This is an informal event that gives an opportunity to watch and discuss good movies in a friendly atmosphere.

VIEWING: An exhibition by Paula Tasker-Lynch