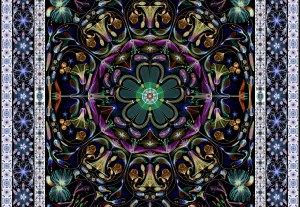 Metal is delighted to be exhibiting the work of Macoto Murayama alongside this year’s Liverpool Biennial. Based in Tokyo, Murayama spent six months of 2013 living and working at Metal’s space in Southend on Sea, dissecting, recording and rendering in digital form UK indigenous flowers.

The resulting works are presented at Metal’s Liverpool base, Edge Hill Station as a series of high definition, animated sequences of fastidiously produced information and detail that reveals the beauty, fragility and architectural structure of flowers.

Murayama’s work follows in the footsteps of the ancient tradition of botanical illustration. The earliest known drawings date back to Mesopotamia some 4000 years ago, made within a flourishing civilisation that was acquiring written language, metal working, medicine and art.  He brings this artform startlingly up-to-the-minute by using the latest 3D software to digitally render his drawings in their finished form, to present beautiful and intricate representations of flora and fauna. 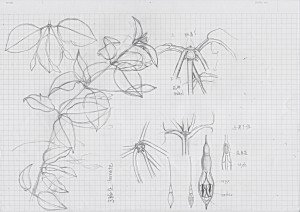 His early studies, however, remain hand drawn from specimens and his observational techniques, including dissection, do not differ in approach to those that have been used for hundreds of years.

Botech Compositions marks a new development in Murayama’s body of work to date introducing abstracted patterns, repeated forms and pulsating animations to the final presentation of the imagery.

It is the first time that Macoto Murayama’s work has been exhibited in the UK.

To complement the exhibition, Metal has curated a series of talks by artists and experts, performance events and family-friendly workshops which respond to themes found within Murayama’s work.  These include renowned artist William Latham, Jyll Bradley who created an homage to William Roscoe and the once world-famous botanical collection of Liverpool and a performance of new music composed in response to the work by IMMIX ensemble.

Metal thanks The Japan Foundation, Arts Council England, Liverpool City Council and Frantic Gallery for their kind support in helping us to realize this project.

Full details of the programme are available on Metal’s website: www.metalculture.com

Metal: The Craft of Art – An Exhibition by Adrian Jeans