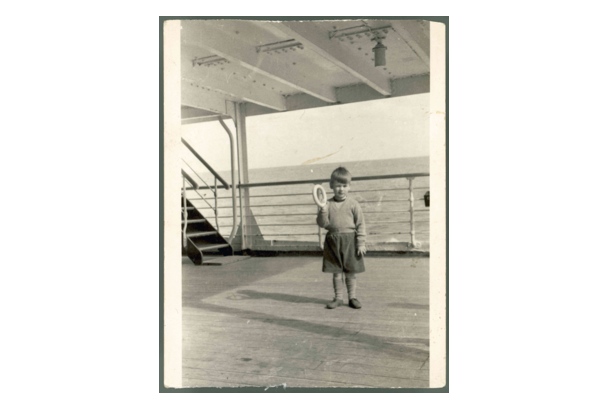 A ground-breaking exhibition which looks at the migration of children from Britain to the other side of the world opens at Merseyside Maritime Museum, telling the story of Britain’s child migrants told for the very first time.

Between 1869 and 1967 more than 100,000 British youngsters were sent to Canada, Australia and other Commonwealth countries as part of child migration schemes.

Some of them were considered too little to cross the road, yet these children were sent across continents and oceans for a life in another world. And despite assurances they’d return home, this trip would be on a one-way-ticket.

Merseyside Maritime Museum now tells the heart-breaking story of those children whose lives were changed forever.

Some of the children were orphans and many came from families who were unable to care for them. At the time charitable and religious organisations sent them overseas, with the belief that their lives would improve as a result.

They were supported by governments for which these schemes supplied much needed population and labour. Siblings and friends were frequently split up on arrival and left isolated, facing long hard days of labour in extremes of climate. This isolation often led to a lonely, brutal childhood.

On their own: Britain’s child migrants tells their emotional stories and through detailed case studies, visitors will meet a number of child migrants and find out more about their different experiences.

In 2009 the Australian Government apologised to children who had suffered abuse in child migration schemes. In 2010 the British Government followed suit.

The exhibition has been developed by National Museums Liverpool in partnership with The Australian National Maritime Museum and has toured Australia where more than 350,000 people came to see it.

The exhibition is accompanied by an online exhibition resource which can be accessed here.

A dedicated website has been set up which features oral histories and a message board here.

The site provides useful links to former child migrant organisations, after care associations and genealogy websites. The online message board also offers the chance for visitors to respond to the exhibition and for former child migrants and their relatives to share their experiences.

Case studies of two child migrants featured in the exhibition:

Tony Chambers: “The Boy in the Lifebuoy” Tony Chambers (from Hemel Hempstead) was placed in care because his mother was struggling to make ends meet. Neither Tony nor his mother understood the full implications when they sent him to New Zealand aged nine in 1951: “One minute my mother and father were there. The next thing they were gone.” As a young man in his 20s he was reunited with his mother. He moved back to Britain permanently in 1994.  You can see a video interview with Tony here.

Stewart Lee: Stewart migrated when he was just four-years-old from his home in Manchester. He sailed on the SS Strathnaver and arrived at Molong, New South Wales, Australia in 1955. He always carried a memento of the photograph of his family home. “We were told we were having a big long holiday and we’d be going back.” Stewart was dressed in “a nice, neat little suit” for the voyage, but this was taken off him upon arrival. “The day we got there they were stripped off us and we were given old hand-me-downs.” Stewart describes his 13 years at Molong as “extremely traumatic” in which he experienced “all sorts of abuses,” and says he was provided with minimal education but expected to do a normal day’s work.