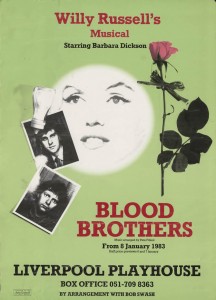 Acclaimed playwright and author, Willy Russell is taking part in a special event at Liverpool John Moores University to celebrate the establishment of his personal collection as part of the University’s Special Collections and Archives.

The exhibition of material from the Willy Russell Archive Collection has been curated with assistance from students from the University’s History of Art department.

Willy Russell is best known for the theatre production and film, Educating Rita, the musical, Blood Brothers and the theatre production and film,Shirley Valentine. The archive collection is a comprehensive representation of Willy Russell’s work to date; it contains material relating to each of his theatrical works, and also to his early work writing for television, his multiple tours and performances as a musician and songwriter, and his novel, published in 2000. 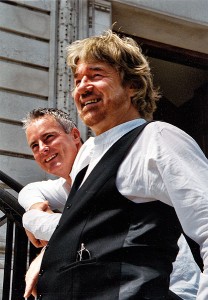 The ‘Evening with Willy Russell’ event will take place in the John Lennon Art and Design Building on 27 November 2013 and will feature readings of his works by the author plus an audience-led question and answer session.

The John Lennon Art & Design Building: Historic Advertising in the...

LJMU The Academy – Keep it Slick: Infiltrating Capitalism with the...