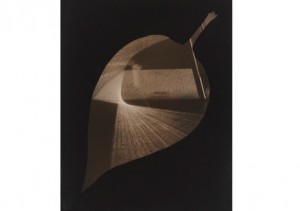 Focusing on his work as an exhibition designer and organiser, the centrepiece of György Kepes: The New Landscape is a re-construction of the modular exhibition structure designed by Kepes for the 1951 show The New Landscape at MIT. Reflecting his interest in the relationship between light, organic form, and technology, Kepes combined found scientific imagery with reproductions of his own experimental photography in order to present the “the new frontiers of the visible world.” Kepes’ The New Landscape occurred in the same year as British artist Richard Hamilton’s first experimental exhibition at the ICA, London – On Growth and Form. Given the lack of direct connection, their shared preoccupation with the relationship between artistic and scientific imagery at this moment is striking. The modular exhibition structure will be complemented by a selection of archival materials relating specifically to Kepes’ role as exhibition designer, and organiser. This will extend from The New Landscape era to later projects – notably his unrealised proposal for a collective US representation at the 1969 Bienal Internacional de Sao Paulo. Kepes project for US representation in Sao Paulo was a radical proposal, emphasising collaboration over individual authorship.