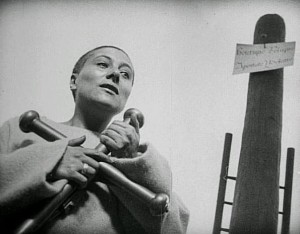 Theodor Dreyer’s 1928 chronicle of the trial of “jeanne d’arc” on charges of heresy, and the efforts of her ecclesiastical jurist to force Joan to recant her claims of holy visions. Followed by a debate.