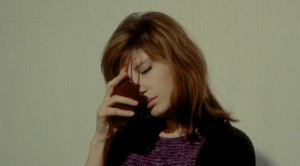 Amid the modern wastelands and toxic factories of Italy, wife and mother Giuliana (Monica Vitti) desperately tries to conceal her tenuous grip on reality from those around her, especially her successful yet neglectful husband, Ugo (Carlo Chionetti). Ugo’s old pal, Corrado (Richard Harris), shows up in town on a business trip and is more sensitive to Giuliana’s anxieties. They begin an affair, but it does little to quell Giuliana’s existential fears, and her mental state rapidly deteriorates in Michelangelo Antonioni’s drama.