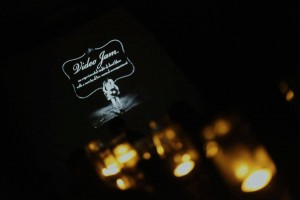 Video Jam is based on the brief precis ‘an experimental night of short films with a variety of live musical accompaniment.’ We take short films submitted to us (or films made specifically for our events) by amateur and professional filmmakers, strip them of their soundtracks and pair them with musicians/sound artists/poets who are then free to use their creative license to compose an original score to be performed live. What occurs is a ‘blind collaboration’ between filmmaker and musician. We have worked with over 250 artists in the past two years including emerging bands such as Songs For Walter, Krautrock Legend Dieter Moebius and experimental filmmaker Phil Solomon.
For this event we welcome back avant-garde ensemble Ex-Easter Island Head, one of Liverpool’s most involving acts using mallets, typewriters and Allen keys to score anthropological non-narrative documentary ‘Baraka’ directed by Ron Fricke which was the first film ever to be restored and scanned at 8k resolution. Set in the ornate Lady Chapel at the Anglican Cathedral, a space dedicated to women, the evening celebrates the work of Golden Age actress and inventor Hedy Lamarr whilst marking the centenary of her birth through screening one of her earlier films ‘Experiment Perilous.’
Other acts on the line-up include Manchester four-piece Letters To Fiesta, multi-instrumetalist Jonathan Hering (director of a.P.A.t.T. Orchestra) and anonymous masked band HORRID.

University of Liverpool: How to Make Art in a Toxic Environment