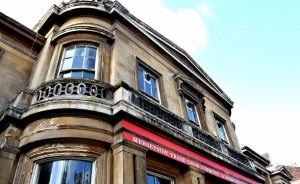 One element of the 8th Biennial Exhibition A Needle Walks into a Haystack takes place at the newly reopened Old Blind School on Hardman Street. Previously home to the Trade Union Centre and The Picket, the building has taken on a new role as venue for Liverpool Biennial 2014.